Well, you might as well ask why does anything matter? Does the difference between truth and nonsense actually matter? Or could there be good reasons for not turning history into a parlour game where baseless guesses and wild surmise have the same validity as good, solid, provable, factual evidence. 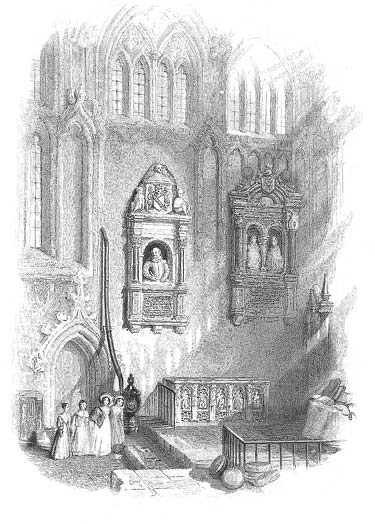 The debate rumbles on. Currently, the 17th Earl of Oxford, Edward de Vere, has conquered Bacon, Marlowe, Derby and dozens of other candidates to become the leading contender.

The weight of argument on his behalf appears to be considerable. There are dozens of blogs, websites and books, there was a court case involving US Supreme Court Justices and recently the release of a major Hollywood movie, Anonymous, starring De Vere as the author.

All of this might suggest to the outsider that there must be something in the idea that the work we know as Shakespeare’s cannot have been written by a humble glover’s son from Stratford upon Avon.

Piling up material, guesswork, surmise and inference is not the same thing as collecting evidence. There are copious reasons advanced, many of them claiming to be conclusive, as to why the Earl of Oxford simply has to be the author of Hamlet. Similarities between his life and the Prince’s, characters at the Elizabethan court who are mocked or otherwise represented, feuds amongst his staff which resemble onstage feuds are cited. Details of court procedures which only an Earl could have known about are cited. Biographical detail after biographical detail is called into evidence.

Legal knowledge of specific cases which only a trained lawyer would have known about are extensively cited, all in an attempt to make it seem impossible that a young man from Warwickshire might be able to claim credit for work which is full of what Oxfordians see as elite knowledge and an aristocratic perspective on life.

In addition to the life ascribed to him by Oxfordian theorists, The Earl of Oxford had a life of his own. This life, since he was in the public eye, is actually well-documented. Oxfordians claim that looking at this life closely reveals the author of the plays.

Are they looking at the right life? I think differently and so does Oxford’s only peer-reviewed biographer, Dr Alan Nelson. Oxford’s life does not easily map onto the life of a successful Elizabethan playwright.

As we shall see.

Engraving by J Horsburgh after a sketch by Turner