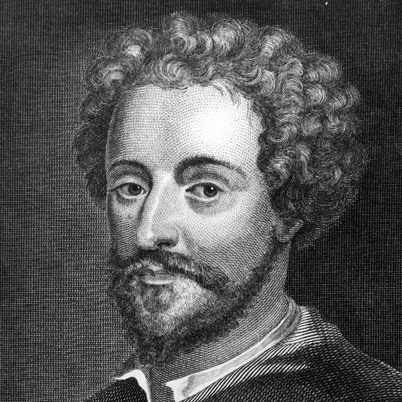 John Fletcher is a black hole for Oxfordian theorists. Too close and the whole Oxfordian shebang disappears in a wail of deplorable sucking noises. It's a good job his early life isn't as well documented as Shakespeare's or there wouldn't be any Oxfordian case at all.

He's a bit of a man of mystery until his 27th birthday in 1607 which was shortly followed by the appearance of The Woman Hater, co-written with Francis Beaumont. The two dramatists became a team and wrote many of the most successful plays of the decade following Shakespeare's retirement. The fact that Oxford was dead and gone before Fletcher appears on the scene is a fatal embarrassment to the idea that the plays were complete before 1604.

The Oxford Dictionary of National Biography says "In 1612–13, he collaborated on three plays for the King's Company with William Shakespeare—Cardenio, Henry VIII (All is True), and The Two Noble Kinsmen. The first of these, The History of Cardenio, is not extant, although Lewis Theobald published a tragicomedy, based on the story of Cardenio from Cervantes' Don Quixote, called Double Falsehood, or, The Distrest Lovers, which he claimed to have ‘revised and adapted’ from the original, though there is no concrete evidence that this is the case. Henry VIII appeared last in the ‘Histories’ section in the Shakespeare first folio of 1623 without acknowledgement of Fletcher's involvement, but authorship analysis suggests that he wrote approximately half. "

It's all very well finding alternative shipwrecks and equivocation trials to account for The Tempest and Macbeth but here we have a collborator that Oxford could hardly have known, three works written almost 10 years after the Earl died and to make things 10 times worse, one of them, Cardenio, would appear to use extensive references to Don Quixote which De Vere could have known nothing about, however many books he enumerated in his will (none, of course).

What's more, the apprentice, Fletcher seems to have influenced the master, Shakespeare, so even the fanciful idea that the Shakespearean half of Two Noble Kinsman might have been written eight years before Fletcher picked it up and finished it is rendered untenable. Worse yet, the influence is most palpable in The Tempest, a play Oxfordians have gone to extreme but futile lengths to redate. The ONDB again:

The Tempest echoes the structure of The Faithful Shepherdess (by Fletcher), and the collaborations show influence going both ways: The Two Noble Kinsmen is a darker reworking of Chaucer's Knight's Tale than was A Midsummer Night's Dream, and Henry VIII draws not only on Shakespeare's earlier history plays but also on a scene from The Maid's Tragedy. The critical desire to demonstrate that one or other of the two (typically presumed to be Shakespeare) ‘invented’ the genre of romantic tragicomedy continues to misrepresent the mutual/competitive nature of the development of genre in the Jacobean theatre.

The three plays may not be Will's finest work—though since we don't know much about Cardenio, it's wise not to be too prescriptive. However that's not relevant to the damage they do to the idea that Oxford could have had a hand in them.

He couldn't. And didn't. He was dead.

So without proving things that can't be proved, Oxfordians cannot explain how Shakespeare came to be working with Fletcher years after their Earl had joined the choir invisible.