“We have followed too much the devices and desires of our own hearts.”

The Book of Common Prayer

In the spring of 1579, Gilbert Talbot wrote his father, the Earl of Shrewsbury: “It is but vain to trouble your Lordship with such shows as were showed before Her Majesty this Shrovetide at night. The chiefest was a device presented by the persons of the Earl of Oxford, the Earl of Surrey, the Lords Thomas Howard and Windsor. The device was prettier than it happened to have been performed; but the best of it, and I think the best liked, was two rich jewels which were presented to Her Majesty by the two Earls.”

Not exactly a rave review: Talbot thought it a pretty conceit which the performers failed to carry off. He says nothing of speeches nor speakers, nothing of the storyline, stage effects, music, dance, nor finery. Nothing dazzled the beholders but the jewels: the stars of the show were lumps of corundum.

One (or maybe a coterie) of the nobles who presented may have thought of the device—the knacky notion—but he or they would almost certainly have engaged a professional poet to compose the few lines needed for a masque. A dabbler in poetry perhaps might write them.

But Oxfordians, in the deep desire of their hearts, have imagined Oxford in this piece as actor; Oxford as author. They’ve turned the pretty device to a five-act play; turned that imagined play into another, more substantial one, acted that same Shrovetide. Following Ogburn, they speculate that the device was really The History of Murderous Michael that was played at Whitehall by (they think) the Lord Chamberlain’s servants. Having launched into fantasy, it’s nothing then to triple somersault and catch the next trapeze. For Ogburn, Anderson, and their flock of parrots, it seems a fair surmise that Murderous Michael was an early draft of the anonymous Arden of Faversham (1592).

How did we get from two rich jewels to domestic tragedy?

Is a device even a play?

If “device” was ever used for “stage-play,” the OED does not record it. They define a play as “a literary composition in the form of dialogue, intended for performance before an audience.” A device, on the other hand, is “something devised or fancifully invented for dramatic representation; ‘a mask played by private persons,’ or the like.” In short, a play is dialogue; a device is spectacle and declamation. A device may be whimsical or witty—a “conceit”—or even sinister: a clever, underhand contrivance, a stratagem, a trick. An heraldic device is a coat of arms:  “an emblematic figure or design ... usually accompanied by a motto.” The presenters in a masque are precisely that: emblematic figures, with their impresas spoken by others. Masquers are drawn from the armigerous; players from the common folk.*

The OED gives three examples of Shakespeare's usage of "device." The first describes the ludicrous pageant of the Nine Worthies in Love’s Labour’s Lost; the second, "the ryot of the tipsie Bachanals" which Theseus declines to hear in A Midsummer Night’s Dream; the third, “Cupid with a mask of Ladies as Amazons” in Timon of Athens. (That banquet scene is now thought to be Middleton’s work.) As was customary, only Cupid speaks; the masquers (being Ladies) are silent. All three are brief, emblematic, courtly entertainments. All three are mocked. “Hoyday, what a sweep of vanity comes this way! / They dance! they are mad women.”

Thomas Churchyard wrote a dozen of these entertainments in the 1570s. His “Mercury”—sole speaker, with a hundred lines—arrives in a flying coach, hailed by infernal sprites, satyrs, water-nymphs, fairies, hags of hell. His “Show of Chastity” has nine speakers and 264 lines. His “Show of the Nymphs” stars twelve pretty boys in white smocks, with waist-length golden hair and timbrels (the good folk of Norwich mistook them for girls), in a purpose-dug pit; they have 24 lines (fourteeners, couplets).  Rained out on the day, the determined water-nymphs waylaid the Queen's coach on the road, and leaping from the bushes, they began "to daunce (as neare as could be ymagined) like the Phayries."

Churchyard called these works devices, or shows, or comedies.  Shakespeare's Don Armado offers to "present the princess ... with some delightful ostentation, or show, or pageant, or antique, or firework."  What these court shows most resemble (as Thomas Reedy has noted) is the welcome to Munchkinland: dancing emblematic figures offer gifts to a honoured guest, to Dorothy or the Queen. For Munchkins, read presenters; for lollipops, read jewels.

Note that word “comedies.” In his Arte of English Poesie (1589), George Puttenham praises “th’Earl of Oxford ... for Comedy and Interlude.” Very probably the sort of comedies that Oxford wrote were actually devices: little 100-line playlets with fabulous production values. Ostentations.  No doubt he had his secretaries help him out when he got bored, as ladies had their waiting-women finish off the duller bits of their embroideries.

All of my information on Churchyard’s shows comes from Martin Wiggins’ magnificent British Drama: A Catalogue: Volume 2: 1567-1589. (September 2012) which is nothing less than “an enumerative, descriptive, and analytical catalogue of identifiable dramatic works, both extant and lost, written by English, Welsh, Irish, and Scottish authors, during the 110 years between 1 January 1533 and 31 December 1642.” (v. 1, ix) As Brian Vickers writes in the TLS (21 June 2013): “Wiggins [with Catherine Richardson] gives the date of performance, the original performers, and a summary of the plot. He lists both the roles and the speaking parts, the setting, the sources, the verse forms, music and sound effects, props, costume and make-up, early stage and textual history, and modern editions ... To sustain this level of documentation over what will be several thousand entries is a remarkable scholarly achievement.” There are three volumes out so far from Oxford University Press, bringing us to 1597. They are £85 each (ouch!); but the authors have promised an accessible database someday. May it be soon.

So what does Wiggins have to say about Murderous Michael? “The Works Account refers to the content of the Shrovetide Revels as ‘plays, tragedies, and bear-baiting’. Since neither The Knight in the Burning Rock ... nor Loyalty and Beauty ... was self-evidently a tragedy, this play in all likelihood was (in which case Michael’s murderousness presumably bore bitter fruit).”The players were not Lord Chamberlain’s but Sussex’s Men. And it was originally John Payne Collier’s [!] “fanciful speculation that the plot was the same as that of Arden of Faversham ... with one of the less effective murderers implausibly promoted to title character ... [T]here is nothing to rule out any other Michael from western history. The story of the ninth-century Byzantine Emperor Leo Armenus, indeed, turns on the issue of which Michael is the murderous one."

There follows an early stage history, with an account of the painters, props, costumes, and struggles with lighting. “The performance took place in the evening and finished very late; in consequence Thomas Strong (Thomas Blagrave’s servant) had to tip the porters of the watergate to let him out.” He paid 2s. (v. 2, 222-223)

Now that’s scholarship. I am faint with admiration.

And what of the pretty device with Lord Oxford? 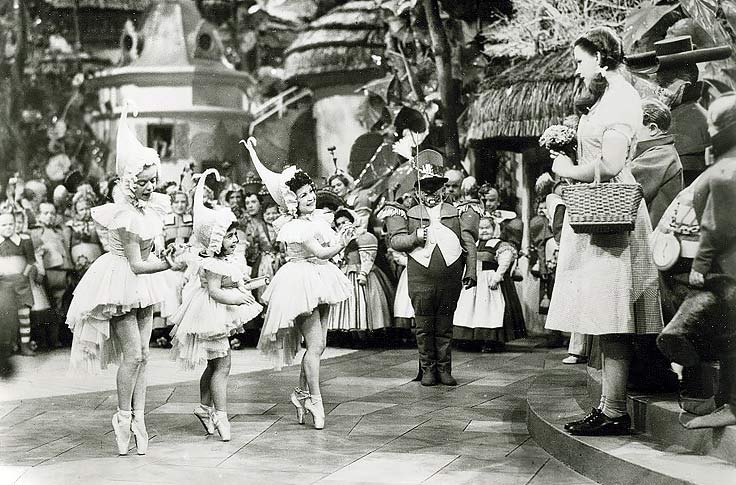 Well, he calls the thing a “ballet.” So what struck him most was the dancing. What struck Talbot was the bling. This does not sound literary. “Chiefest” here does not mean most poetic.

The cast included the Earls of Oxford, Surrey, and Sussex (one poor tiger didn’t get a carcanet), Frederick, Lord Windsor, and Lord Thomas Howard. All of them are in the story.

I’m getting to that. The ambassador, says Wiggins, “states that the entertainment followed a comedy, whereas the Tuesday play [Michael] must have been a tragedy.” (v. 2, 223) That dates it to either Sunday 1 or Monday 2 March. There were three days of performances, and three full plays—Mauvissiere reports on all of them—so the device must have been an afterpiece. If it followed a proper play in one evening, it would have to be pretty short. Well, it must have been, given the storyline—

Damn you, what was the plot?

“A ship sails into Whitehall Palace and is wrecked in the middle of the room. Sailors emerge, bearing gifts for the Queen and the ladies of the court.”


Good heavens, that puts Titus Andronicus back to Gorboduc, and the author up past his bedtime.**

Except that the theme here is not redemption but booty.  Even then the legendary Drake was busy plundering New Spain.  His piratical exploits were the talk of the court and country.  Indeed, on the very night of the performance, 1 March 1579, Drake attacked the Spanish galleon Nuestra Señora del la Concepción (known to her crew as the Cacafuego, the Shitfire) off the coast of Ecuador.  Took her.  As no one was texting from the deck, the court wouldn't know this until much later, but they were all afire with expectancy, with hopes and fears of tidings from the New World.  I suspect that the presenters—Oxford, Surrey, & Co.— fancied themselves as sea dogs, and told off the carpenters and poets of the Revels crew to build them a shipwreck. Being Earls, they were indulged.  Arrrr!

This is not a play at all but a device, an extravagant throwaway, a firework: it’s cloth-of-gold of tissue wrapping paper for the two rich jewels. Its plot is scenery; its point is flattery; its poetry, if any, in the dancers’ legs. And they bungled even that. One can only wonder what disaster is implied in “prettier than it happened to have been performed.”

As a court wag might have said, Parturiet navis, nascetur ridiculus bos. (The ship will labor and bring forth a ridiculous Ox.) 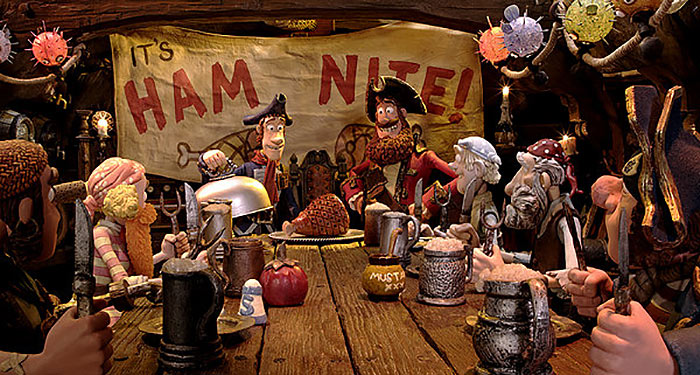 *“Shakespear the Player, by Garter” struck some as transgressive.
**Having burnt out in a blaze of impalpable glory, he then spent 25 years brooding on tin.