Why is there an authorship ‘debate’, anyway? 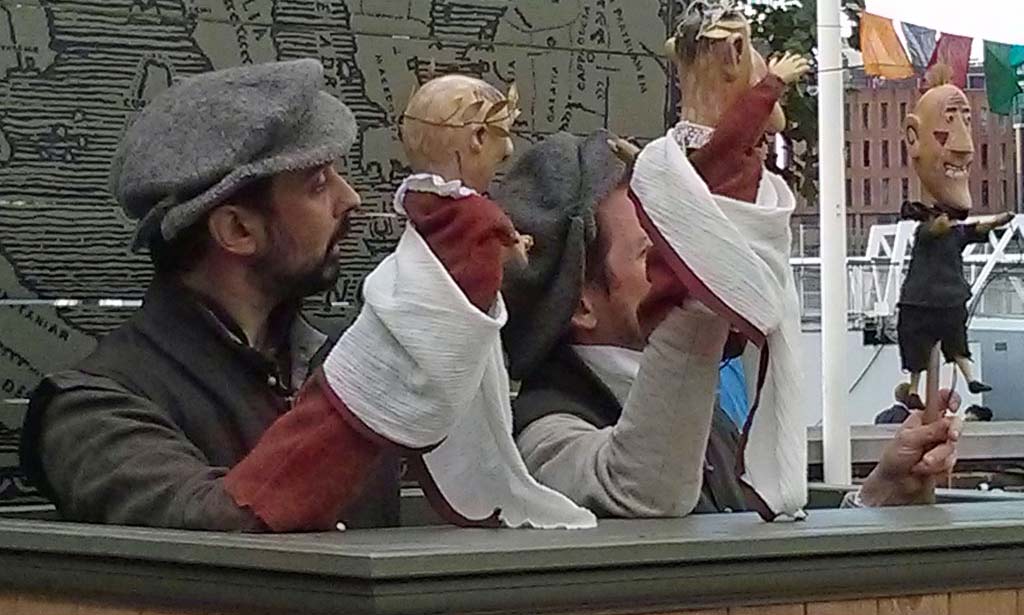 Isolating the bug up the Oxfordian backside

It is a persistent, uninterrupted activity that constitutes the superior mind. The object to which this activity is directed is a matter of subordinate importance; it has no essential bearing on the superiority in question, but only on the individual who possesses it. All that education can do is to determine the direction which this activity shall take; and that is the reason why a man's nature is so much more important than his education. For education is to natural faculty what a wax nose is to a real one; or what the moon and the planets are to the sun. In virtue of his education a man says, not what he thinks himself, but what others have thought and he has learned as a matter of training; and what he does is not what he wants, but what he has been accustomed to do."

It's not a question of evidence

The documentary evidence that Shakespeare wrote his plays isn't copious. Although many would argue that Jonson's frequent mentions of Shakespeare and his coining of the phrase 'Swan of Avon' actually are unequivocal. Many do argue, sometimes intemperately, that the evidence which does exist puts the authorship beyond all doubt. And they're right—it does. However, to understand the debate, you have to let that pass and, of course, you have to ignore the overwhelming amounts of circumstantial evidence, the many contemporary attributions and the work of tens of thousands of scholars ever since. To be an Oxfordian you have to set the value of all of that at nought.

If that's not enough intellectual dishonesty for one theory then wait, it gets worse. Because if Shakespeare didn't write the plays, someone must have. And the evidence for an alternative author is totally non-existent. As in zero. No hard evidence, no circumstantial evidence, no pointers from contemporaries no undisputed scholarship. Nada. There is nothing whatsoever to connect any other author with Will Shakespeare's work. Nothing but speculation. Much of what has been invented, such as the alternative dating scheme, the resurrection of the Earl of Oxford and the translation of hidden history is too preposterous to bear close consideration. Seekers of evidence, judges of the historical record, will all choose Shakespeare as the author because nothing else makes an ounce of sense.

It can't be denied, however, that Shakespeare left little behind. Times were different. An Oxfordian will write gigabytes of 'reasoned' argument about what the absence of school records means whilst paying not the smallest attention to contemporary references, such as that made by William Basse, to Shakespeare as an author, tragedian and playwright. The latter, conclusive, is ignored. The former, which contributes nothing whatsoever to the advance of any argument, is a cornerstone of the Oxfordian case.

Shakespeare should have been more interesting

Romantic poet, Samuel Taylor Coleridge started this. His romantic chums, Byron, de Quincy, Shelley and Keats were all interesting types, experimenting with sex, drugs, the subconscious and making a name for themselves as rebels. The previous generation featured Dr Johnson and Mad John Wilmot, Earl of Rochester. Why does the little we know of Shakespeare reveal him to be so prosaic and obsessed with money? Why couldn't he be more like the Earl?  (actually forget that—the hard evidence De Vere left behind reveals him to be even more prosaic and money-obsessed).

To build a legend around a man who could possibly be the greatest writer ever to pick up a pen requires more than wills, property transactions and details of his legal nitpickings. Why, when we want heroic deeds, can we only find venal parsimony? That's just life. I doubt many people would want T S Eliot at their dinner table either.

Shakespeare was an actor

You hate actors. Yes, you do. You might say not. You might even think not. You might admire their work. There might be one you like, you may have a great friend who acts but mostly you hate them. If you don't you are one. And even then you probably still hate actors. If you stopped actors from beginning their sentences with 'I' they would have nothing to say. Shakespeare, the greatest English lyrical poet can't have been an actor. Damon and Affleck are actors. Look at how many people are engaged in arguing that they did not write Good Will Hunting. A full-blooded modern authorship debate. Because they are actors.

The real problem is not all this idiotic misunderstanding of history and the world of the theater but a fatal lack of imagination on the subject of the imagination. The greatness of Shakespeare is precisely that he did not conform to social type—that he was, in the words of the critic William Hazlitt, "no one and everyone." He didn’t need to go to Italy because Rome had come to him at school and came again in the travels of his roaming mind. His capacity for imaginative extension was socially limitless too: reaching into the speech of tavern tarts as well as archbishops and kings. It is precisely this quicksilver, protean quality that of course stirs the craving in our flat-footed celeb culture for some more fully fleshed-out Author. That’s what, thank heavens, the shape-shifting Shakespeare denies us. But he gives us everything and everyone else. As Hazlitt beautifully and perfectly put it, "He was just like any other man, but ... he was like all other men. He was the least of an egotist that it was possible to be. He was nothing in himself, but he was all that others were, or that they could become.".

Most people who wrote poetry had to be men of leisure before the Elizabethan theatre changed everything. Writing entertainments for the court took time, consumed expensive resource and definitely demanded the sort of education that only aristocrats could afford. All of the plays are about aristocrats so the author must have been one. Yet not only is court life in the plays depicted from the point of view of a commoner, full of inaccuracy and ignorance of court procedure, but the characters we love tend not to be Kings and Queens and Heads of State. For every Anthony there is an Enobarbus. For every Hal there is at least one Falstaff. Will is "always sympathisingly cognisant with the talk of the illogical classes" says Walter Bagehot. Shakespeare made himself wealthy writing about these people, selling tickets and filling theatres. He didn't write for courtiers. All the other successful playwrights of his day were also commoners. Writing for commoners.

There are no enrolment records from the school he went to. Doesn't mean he was uneducated. Elizabethan England was a great place to get educated, though you'd need aptitude, a little bit of cash for chalk, slates, pens and paper and a few basic skills from what passed for Primary Schools. Will's knowledge in the plays maps onto the education he would have received in Stratford more or less perfectly. Caroline Spurgeon spent her academic life studying Shakespeare's vocabulary and though her 1935 book, Shakespeare's Imagery has never been a best seller it comprehensively surveys 7,000 images, lists, annotates and describes the vocabulary and background of a Midlands countryman. No Oxfordian, to my knowledge, has ever tried to take issue with her. Oxford had an East Anglian accent anyway. They just pretend she doesn't exist. She marshals far too much evidence.

There is no more to it that that. Read Anderson and his contorted, riddling faux detection of you like. Read Strittmatter's profound delusions if you must. Read Eva Turner Clark's utterly impossible alternative dating scheme intended to account for the embarrassing failure of her candidate to live long enough to write all the plays. Read Ogburn, who wouldn't recognise a scholar if a US Supreme Court Judge ordered one to bite him. All the Oxfordian Authorship Studies Experts are self appointed authorities and have an annoying tendency to cite themselves over and over again, rather than engage in debate.

Their contentions are constantly reasoned away by scholars but this matters naught to them. In online debate, they don't come back with new evidence or discoveries. They simply wait a bit, till they think it's safe, then come back with the same disproved contentions and start again, saying 'can we leave this issue aside and talk about something else?' or, lamest of all, try to distract from the weakness of their case and the fatal damage it has suffered by throwing tantrums about non-issues or their supposed ill-treatment.

In 90 years not a single item of solid evidence of Oxford's authorship has emerged from the woodwork. Apart from inference, supposition and deduction, there is nothing at all to counter the idea that the work was written by the man whose name it bears and who his contemporaries knew as Will from Stratford.