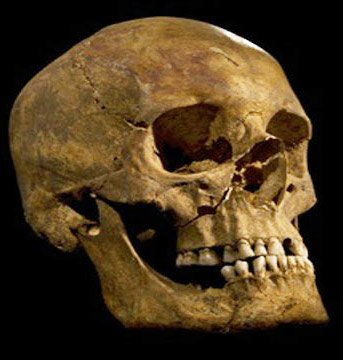 Excitement is crackling in the cold February air as journalists wait to discover the identity of a skeleton unearthed in a collection of abandoned supermarket trollies found in a disused car park in the backward English Midlands town of Leicester (pron. Lie-Kess-Stare).

Although the science of DNA analysis was invented in LyeKestHair and it was years before labs elsewhere were able to produce meaningful results, Oxfordian scholars have been at the forefront of the investigation. DNA nanobiologists admit "we can tell you everything you need to know about the cells but linking them into historical biography using literary methods is something that needs a specialist. Oxfordians have dominated the field in the last 10 years and were the natural choice, both to provide the missing links and to lead the scholastic charge in the academic wasteland of Middle England where learning is still treated with suspicion and graduates are often burned in the street for witchcraft."

Leading Oxfordian William Teehee of the University of Letchworth (pron. Brew-Nell) is keen to get the results out as soon as possible. 'No self-respecting artist had a funeral back then. So once we had the DNA links to Richard III, the rest was easy for us. The moribund, baffled remnants of conventional Shakespeare scholarship have long been forced to admit that the plays of Shakespeare are nothing more than a series of 37 self-portraits by the Earl. No serious scholar disagrees, these days. So it's clear. If the skeleton belongs to Richard III, we're looking at Edward de Vere. There's no denying it."

The skull shows major blunt trauma to the back of the head and the lame stooping frame of a man who spent his life writing sonnets. The blunt trauma could be attributable to a blow from a heavy stage weight which further confirms the link between Oxford and the newly indoor Jacobean theatre.

That might be a connection too far for Teehee. 'We can't say definitely that the deceased was killed in the Blackfriars Theatre in April 1604 until we've done more textual research but the first readings of John Webster's White Devil are throwing up some coincidences that are just TOO unlikely to be random. Watch this space is the best advice we can give you at the moment. If Oxford died on the stage, the evidence will be there in the plays and we'll find it." 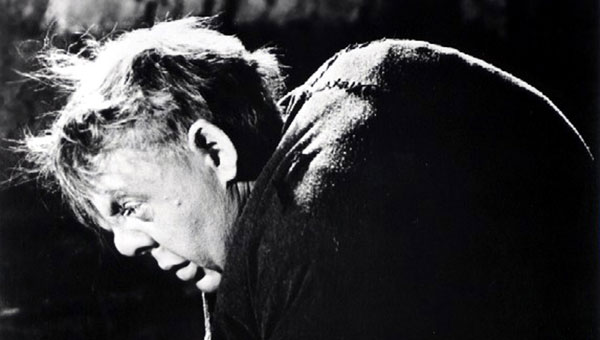 Using the technique of literary biography, Oxfordian scholars
have created this astonishing likeness of the 17th Earl based
on the remains found in Lester.