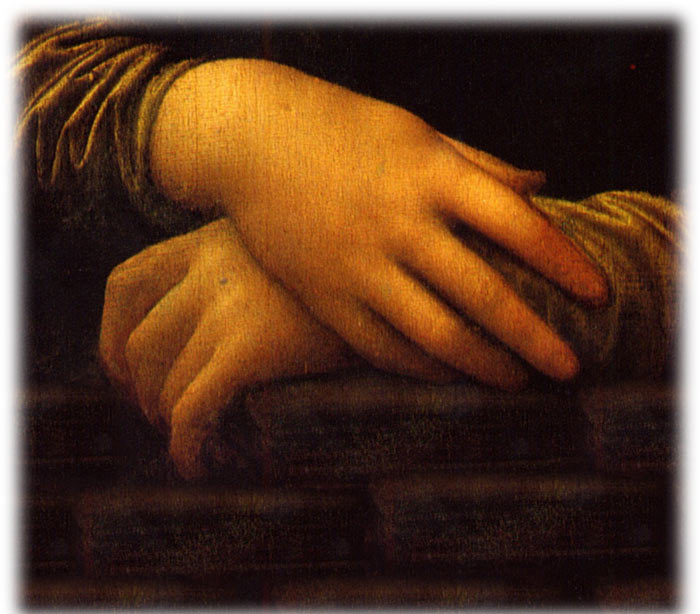 After a complaint on the Oxfraud Facebook page that bemoaned the lack of variety in recent articles, I have decided to preview my forthcoming book, The New Vasari: The Lives of the Yorkshire Painters.

Using classic Oxfordian scholarship methods I re-evaluate the careers of key 16th century painters and trace their hidden origins. Orthodox artistic scholarship has been baffled for centuries by the overwhelming preponderance of Italian artists in 16th century Renaissance art. The extraordinarily high density of Italian practitioners in the universe of 16th century painters has never been properly accounted for by traditional methods of scholarship. Orthodox methods fall short in a surprisingly similar manner to their shortcomings in evaluating Elizabethan literature, so it will come as no surprise that biographical methods of assessing the actual work of Italian painters can not only reveal amazing new discoveries but open an entirely new field of study into a series of hitherto hidden identities.

I will not attempt to summarise a long and complex argument in a short teaser article so I will concentrate on one of my principal discoveries, concerning the most famous painting of the 16th century, the Mona Lisa. This painting has baffled establishment scholars and critics for centuries. At the core of its mystery lies the identity of the sitter, so it is perhaps astonishing that, until now, the use of biographical techniques has not been attempted to solve the enigma. Apart from the terror such methods inspire in a hidebound academic establishment, in thrall to the Italian tourist industry, I attribute this to an almost total concentration on the expression of the female figure depicted and the eyes that follow you everywhere. Scholars are literally glued to them. However, if we look elsewhere, and use a gas chromatograph to look very closely indeed, startling new details emerge. Let me offer you a different, darker picture, as Sir Derek Jacobi once said.

Massively enlarged and viewed only in the indigo spectrum we can see that the brown area of the picture below the hands is not featureless. We can, in fact, see the outlines of a dry stone wall, moreover we can see it clearly enough to distinguish the distinctive 16th century Scarborough bond and the flat limestone slabs used by Yorkshire bricklayers. There can be no doubt that this picture was painted in Yorkshire. With that discovery behind us, enlightenment dawns! There is no longer any enigma in the sitter's expression.  Lisa, or Lizzie, is clearly standing behind her back garden wall, chatting to Alice, her next door neighbour, very possibly about the inadequacies of the recently arrived couple from Hull, who will never meet the standards of a real Yorkshire household. "That Norah Batty, she's a complete stranger to Ajax. And no bugger in Yorkshire's called Keith..." she seems to be saying. More Moaner than Mona. Another clue. 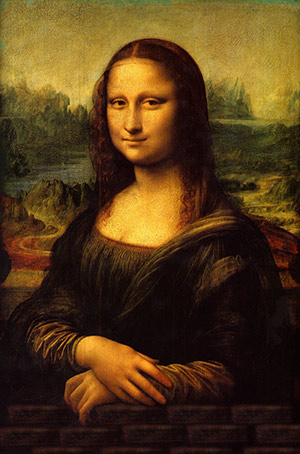 The remaining pieces of the puzzle now fall neatly into place. The bridge above her left shoulder is that built over the River Lune at Barnoldswick in 1496, the hill in the background is clearly Ingleborough Hill with Ilkley Moor in the foreground and above her right shoulder we see the A57, winding its way to Hackenthorpe.

The perplexing, unique, transparent, dun patina that the painting has acquired can now be explained as degradation by local atmospheric content, a mixture of nicotine and chips fried in beef dripping, characteristic of the county and especially prevalent in the Yorkshire Dales.

All we need now is the identity of the painter. Step forward the Earl of Northumberland who studied under Jan van Eyck in Flanders using the name Len D Winkey, a common name in Halifax and a natural choice of pseudonym for an Earl.

The book covers 20 more 16c Italian painters whose backgrounds can be traced to Yorkshire.  Caravaggio, for instance, was born the son of an illiterate rat-skinner in Heckmondwyke and went to a free grammar school in Barnsley. In his most famous painting, Supper at Emmaus (below), we see the Apostles eating the West Riding delicacy of cat tripe and kale with two Yorkshire black baps, also a dead giveaway as Gregg’s did not open their first bakery franchise in Rome until 1678.

The new discoveries will of course be resisted by art scholars and historians everywhere but as Gandhi said "First they laugh at you, then they rob your bicycle pump, then they paint graffiti on your garden shed, then they steal all your ideas and put them in a BBC4 TV series".

This is your chance to be an opinion former and an expert in a field in which you currently know nothing.

The New Vasari: The Lives of the Yorkshire Painters.
Alf Arrowsmith. Stodder and Haughton, Batley: 684pp £28. Out on the 27th January 2114. 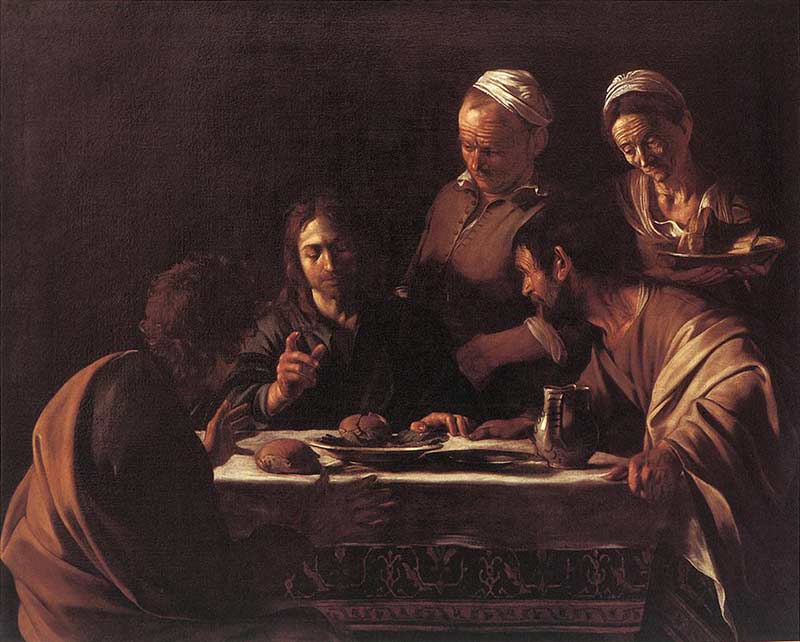 Supper at Emmaus
If the jug on the right of the table were made in Italy, it would be of plain red terracotta. What we see here instead is a glazed ironstone pitcher, probably by Mason's of Pontefract. Very of few of these were exported from Yorkshire, so it seems clear that we are looking at a canvas painted in England. After permission for X-Ray examination of the picture was granted by The National Gallery, an under-drawing involving five charcoal strokes and two pencil circles was discovered. This can be almost certainly identified as a drawing of Brotherton Market. Brotherton would have the nearest pottery outlet to the Pontefract factory. Orthodox scholars are silent on the matter. Speechless, you might say. Proof, if proof were needed, that some coincidences are too convicing to ignore.