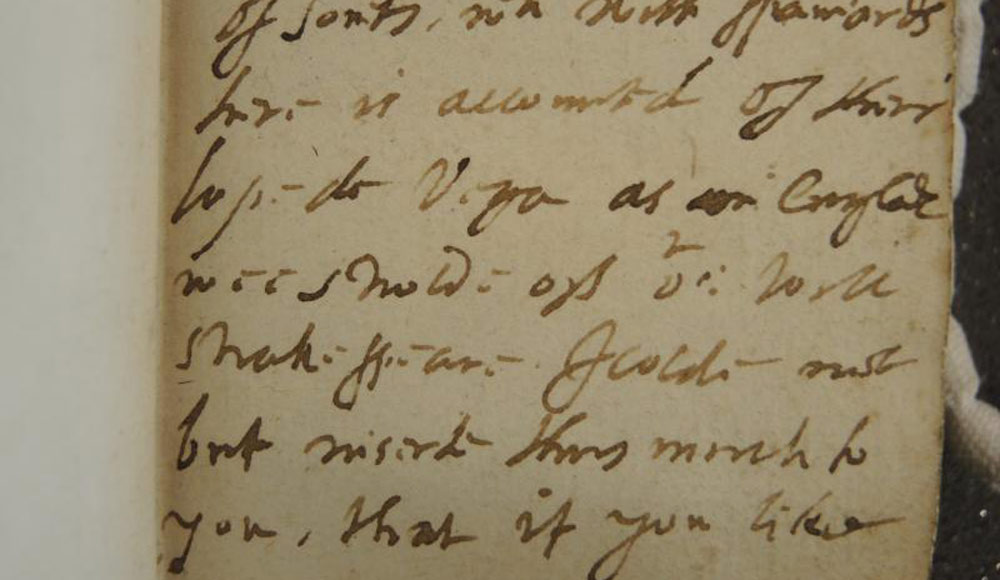 In 1613 Leonard Digges penned a note onto the fly-leaf of a copy of the third edition of Rimas de Lope de Vega Carpio, printed in Madrid the same year; the inscribed copy survives in the library of Balliol College, Oxford. Digges commends the sonnets of Lope de Vega by comparing the Spanish poet to “our Will Shakespeare,” whose sonnets were published four years earlier in 1609. Indeed, Digges elevates Shakespeare to the status of England’s national poet. Link to Shakespeare Documented

Leonard Digges was provably a huge Shakespeare fan and a contemporary. Famous son of a famous son, his grandfather has a fighting claim to have invented both the telescope and the theodolite.

His father published the first book in English on the Copernican theory. Leonard grew up in the Golden Age of English Theatre and wrote rather more about Shakespeare than he is known for in the authorship debate. 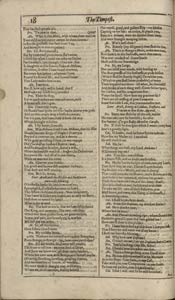 His friend James Mabbe owned a volume of 'Rimas', Lope de Vega's poetry, which Digges compares unfavourably to Shakespeare's sonnets. His note on the flyleaf of Mabbe's copy, now at the Balliol College, Oxford, claims that Shakespeare's sonnets are the finest of their kind. When in London, young Digges lived with his mother and his less famous male parent, stepfather Thomas Russell, a neighbour of Shakespeare who is remembered with a legacy in Shakespeare's will and is one of the Overseers.

So without photographs of them together, we can at least deduce a close family acquaintance with the playwright, hopefully with small fear of contradiction. You don't leave money and the task of executing your will to a stranger.

Leonard’s first eulogy was published as a Preface to the First Folio edition of Shakespeare’s plays in 1623. It unequivocally links the man from Stratford, recently honoured with a monument there, with the man who wrote the plays.

Digges' less famous, second eulogy is ignored by Oxfordians. Published in the  Second Folio, the whole is reproduced here as it is rather difficult to find online. After reading it in conjunction with his first eulogy, it is impossible to dismiss its testimony as identifying anyone other than William Shakespeare of Stratford as the author of the plays it specifically mentions.

First, that he was a Poet none would doubt,

How's that for putting your foot down? Taken together, both eulogies unequivocally connect Leonard Digges the scholar, both with the man from Stratford to whom he referred in his first eulogy and with the man who wrote the work contained in the First Folio. It provides a firm connection with The King's Men, The Blackfriars Theatre and The Globe and the success of the work at the box office.

What more could be needed by way of proof than this detailed description of plays, audiences and author by a close family connection? Yet there is more. Lots more. Lifelong rival Ben Jonson's poem, surely the greatest ever written by one poet about another, strings of other mentions, legacies to players in The King's Men don't leave the smallest crevice for doubt.

Digges’ second eulogy hooks up all the facts that Oxfordian theory has to keep separate. The anti-Stratfordian response to the first eulogy is already sufficiently ridiculous so they leave the second eulogy entirely alone.

Poets are borne not made; when I would prove
This truth, the glad rememberance l must love
Of never dying Shakespeare, who alone,
ls argument enough to make that one.
First, that he was a Poet none would doubt, (if only he knew!)
That hard th’ applause of what he sees set out
Imprinted; where thou hast (I will not say)
Reader his Workes (for to contrive a Play:
To him twas none) the patterne of all wit,
Art without Art unparaleld as yet.
Next Nature onely helpt him, for looke thorow
This whole Booke, thou shalt find he doth not borrow,
One phrase from Greekes, nor Latines imitate,
Nor once from vulgar Languages Translate,
Not Plagiari-like from others gleane,
Not begges he from each witty friend a Scene
To peece his Acts withal; all that he doth write,
Is pure his owne, plot, language exquisite.
But oh! what praise more powerfull can we give
The dead, than that by him the Kings men live,
His Players, which should they but have shar'd the Fate,
All else expir'd within the short Termes date;
How could the Globe have prospered since through want
Of change, the Plaies and Poems had growne scant.
But happy Verse thou shalt be sung and heard,
When hungry quills shall be such honour bard.
Then vanish upstart Writers to each Stage,
You needy Poetasters of this Age,
Where Shakespeare liv'd or spake, Vermine forbeare,
Least with your froth you spot them, come not neere;
But if you needs must write, if poverty
So that otherwise you starve and die,
On Gods name may the Bull or Cockpit have
Your lame blancke Verse, to keepe you from the grave:
Or let new Fortunes younger brethren see,
What they can picke from your leane industry.
I doe not wonder when you offer at
Blacke-Friars, that you suffer: Tis the fate
Of richer veines, prime judgements that have far'd
The worse, with this deceased man compar’d.
So have I scene, when Cesar would appeare,
And on the Stage at halfe-sword parley were,
Brutus and Cassius: oh how the Audience,
were ravish'd, with what wonder they went thence,
Whom some new day they would not brooke a line,
Of tedious (though well laboured) Catiline;
Sejanus too was irkesome, they priz'de more
Honest Iago, or the jealous Moore.
And though the Fox and subtill Alchimist,
Long intermitted could not quite be mist,
Though these have sham'd all the Ancients, and might raise
Their Authours merit with a crowne of Bayes.
Yet these sometimes, even at a friend's desire
Acted, have scarce defrayd the Seacoale fire
And doore-keepers: when let but Falstaff come,
Hal, Poins, the rest you scarce shall have a roome
All is so pester'd: let but Beatrice
And Benedick be seene, loe in a trice
The Cockpit Galleries, Boxes, all are full
To heare Malvolio that crosse garter'd Gull.
Briefe, there is nothing in his wit fraught Booke,
Whose Sound we would not heare, on whose Worth looke
Like old coynd gold, whose lines in every page,
Shall passe true currant to succeeding age.