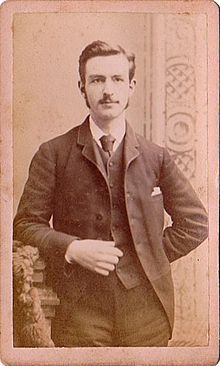 J. Thomas Looney, born into a humble background, was a school teacher in the not very stylish and remote, highly unfashionable town of Gateshead.  A savage, cultural wasteland in the icy north-east of England—and we're talking about today! 100 years ago, graduates were measures for whisky in Gateshead. There's no proof there were any books at all north of the River Tees in 1899 when young Looney went into exile in the even smaller community of Low Fell. Like Will's own, not a promising background for a worldbeater, you might think.

Devout when young, Looney lost his faith and became caught up in a short-lived cult religious sect called the Church of Humanity. The Church embraced positivism and the work of man. In particular, the positivists liked the work of Shakespeare.  Looney himself funded a bust of the Bard for the Church's place of worship.Another disenchantment with Looney's objects of worship seems to have taken place during the First World War as Looney became perplexed by the lack of positivism in Shakespeare's private life. Instead of turning to another object, Chaucer or Milton for example, Looney became fixated on the idea that Shakespeare might have been someone else. Like all founding conspiracy theorists, he found his man and his man was unique. Edward de Vere, 1st Earl of Oxford.

He published Shakespeare Identified in 1920.

His new candidate was everything that Will was not. Aristocratic, famous at court, a traveller and spender of vast sums of money, a man bathed in the ancient virtues of chivalry and a true positivist. At least on the surface.

In his book, Looney rehashed all the Baconian argument that had survived the purges of the 1890s. He 'deduced' from the plays that Shakespeare was a courtier, superbly educated, trained in the law, travelled to Italy and so  on. He claimed that events in the plays, when tied to corresponding events in the life of De Vere,  constituted proof of his theory. He 'deduced' in other words, that the writer of the plays was a perfect match for De Vere. 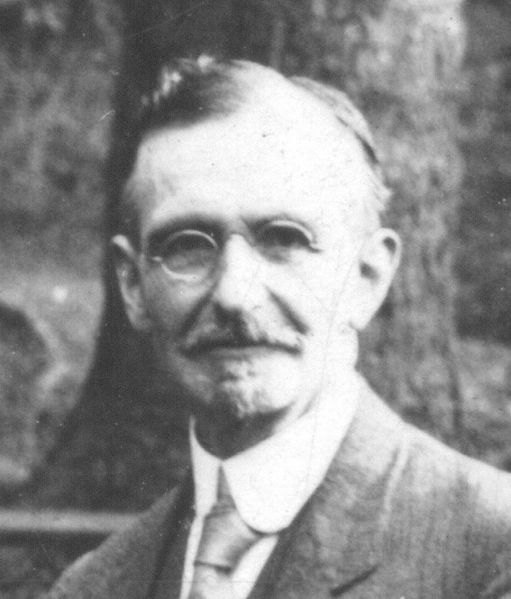 And if he had died in 1604—well the plays that came along afterwards were remnants, completed by an anonymous collaborator. This magical being must have been able to write in a style indistinguishable from Shakespeare's and it's a great pity that Thomas didn't spend more time trying to uncover this paragon, rather than trying to detach Will from credit for his work.

Whenever the work itself is tested against the theory, the theory springs apart, often defeating itself without the need for external argument.

So that's a fail, right there. Stylistic tests prove there are unbridgeable gulfs between the work of Shakespeare and De Vere. So acute were Looney's analytical skills in tying De Vere's style to Will's that he failed to spot that seven of the poems on which he was basing his case were not written by De Vere at all. Joseph Sobran, in a better dressed but no less incompetent stylistic analysis made the same error 80 years later, confusing De Vere's work with Thomas Churchyard's and, of course, mistaking both of them for the young Will Shakespeare.

Once he starts rewriting history, there is no stopping J. Thomas. Accounting for the complete absence of any contact between Oxford and the Elizabethan stage, he opines:

“One of the greatest obstacles to the acceptance of our theory of the authorship of Shakespeare’s plays will be a certain established conception of the mode in which they were produced and issued; a conception which arose of necessity out of the old theory … [and] demands a difficult revolution in mental attitude.”

'The difficult revolution in mental attitude required here is a belief in sorcery and the effectiveness of J Thomas's magic wand.

With a wave of this wand he magics away all the evidence that The Tempest was written after 1610. In fact, he makes the whole play disappear. Will simply didn't write it. Its 'dreary negativism' was incompatible with Shakespeare's 'essentially positivist soul'. The line 'O Brave New World that has such people in it' might have a weighty ironic payload but it isn't 'dreary negativism'.  The closing lines 'and our little lives are rounded with a sleep'  show positive humanism in its 16C Sunday Best.

One single convincing piece of evidence could do the trick for the Oxfordian case. But Looney couldn't find it and no one else has since. In the case of Oxfordianism, the truth really ISN'T out there.