Writing on the Wall

Writing on the Wall

One of the features of a number of martial arts is that they rely, not on ones own strength but on turning one's opponents strength against them.

Similarly, it is always a pleasure when one can turn anti-Stratfordian arguments against them.

It is a matter of faith among anti-Strats that the surviving signatures of Shakespeare somehow prove he was not a writer. "Look at that indistinct scrawl" they call out. "How could such a man possibly be a great writer". 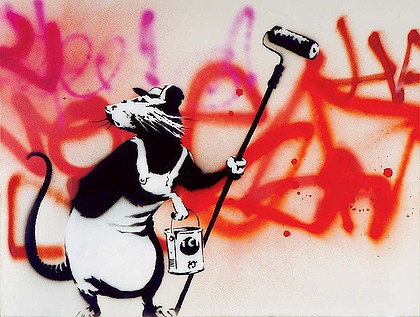 The possibilities that the signatures are in secretary hand which differs from modern notions of what good handwriting looks like, or that one would put less care into scrawling a signature as a legal formality as one would to writing a play manuscript for performance or that the surviving signatures are from a later period of Shakespeare's life when for all anyone knows, he could have been suffering from a degenerative illness or even that handwriting (as any sufferer from Dyslexia or Dyspraxia would tell you) has any bearing on artistic ability are all to be discounted as mere speculation. Oxfordians don't find the handwriting aesthetically pleasing, therefore Shakespeare didn't write the plays

The world of textual analysis of differences between variants of the plays (as fully detailed elsewhere on this site throws up interesting counterbalances to this argument. Take the play Othello for example. There are two sources modern editors use for this play, a Quarto edition of 1622 and the First Folio edition of 1623. In his Arden edition of Othello, E A J Honigman makes the point that there a number of disagreements between the two editions and many of them centre around the endings of words; for example 'you' and 'your', 'the' and 'their' 'know' and 'know't'. Why is this? Honigmann convincingly argues that this is a feature of the 'foul copy' from which both Quarto and Folio are drawn; in which the handwriting was fairly illegible throughout and would often tail off towards the ends of words, which would end in an indistinct scribble. And what do anti-Strats often state about Shakespeare? That his handwriting, as shown in his surviving signatures, was an indistinct scrawl.

One fall and a submission to the Strats I think.