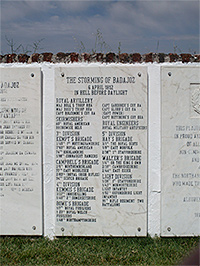 A key feature of the Oxfordian case lies in the cryptic interpretation of Ben Jonson's phrasing of the Preface to the First Folio. Ben is a master of the sideways, slanting, cryptic insult, so this is not, on the face of it, the usual daft codes and ciphers nonsense.

Ben has certainly worked like a Trojan to direct the reader's eyes away from any direct association with De Vere. So hard and so successfully that orthodox Shakespearean scholars (and nearly everyone else) believe the Preface to be unequivocal and unchallengeable proof that Will wrote his plays.

Triumph, my Britaine, thou hast one to showe,
To whom all scenes of Europe homage owe.

There's a good bit of misdirection, for a start. No one really talked about 'Britain' much while Oxford was alive. Britain was James' kingdom and included Scotland. Oxford never uses the word. He called the kingdom 'England', like every other Elizabethan.

And make those flights upon the bankes of Thames,
That so did take Eliza, and our James !

And there's another. Dying so soon after his coronation, Oxford really didn't have time to please James with his dramatic art.

So. To the heart of the matter. The caption to the picture of Will in the First Folio. When Ben says "Reader, look Not on his Picture, but his Book." Oxfordian sensors pick up a potential ambiguity which causes them to ask "Is Ben indulging in a bit of epitaphic cliché or is he really saying to the alert reader, cryptically, of course, 'this is your clue to his real identity'. The man you are looking at is not the real author of the plays."

The evidence for cliché is quite strong. This is Ben's own epitaph, written by another famous poet, Robert Herrick. Written in 1648, it is a much stronger pointer in the direction of cliché but the clues are even more obvious too.

Reader woulds't thou more have known?
Aske his story, not his stone.
That will speake what this can't tell

Never, in the entire history of literary detection, can there have been any more promising start. Herrick knows he is leaving his reader's curiosity unsatisified. He says unequivocally that there are secrets he 'can't tell'. Who's the real author? Who is really behind Ben's work? Surely Oxfordians can't expect to prove Ben's work was all written before the Earl died. Not the Earl then. But Herrick comes right out and says his work will reveal Ben's hidden story. It's an entirely new mystery. Another chance for the gang to prove that only Earls could write plays and that sons of bricklayers need not apply. There's got to be another PhD thesis or two lurking here.

whose divine spirit needs no other witness
than the works he left behind him.

Here's the same idea in Spenser's epitaph. Could this mean that Spenser's work WAS actually written by God?

though imitated alas by few
& scarce fully paralleled by any,
but a tombstone can neither contain his character,
nor is marble necessary to transmit it to posterity,
it will always be legible in his inimitable writings,

Here the poet immediately clues us in to the idea of imitation. Who could possibly be the hidden author of Andrew Marvell's poetical work?

Thomas Carew wrote an epitaph for John Donne of similar length. Oxfordian suggestiveness abounds. Their noses should be twitching like a pack of thoroughbred pointers. Carew contains the 'Ooo' sound they like so much, implying the question "Who?" It contains the line "th'instant we withdraw the moving hand" which could be a clear reference to Peacham's title page in Minerva Britanna. Perhaps Peacham has the clues to Donne's true identity. No one who agrees that Donne could challenge Will for the 'Poet of the Age' title could possibly believe him to be the son of an ironmonger.