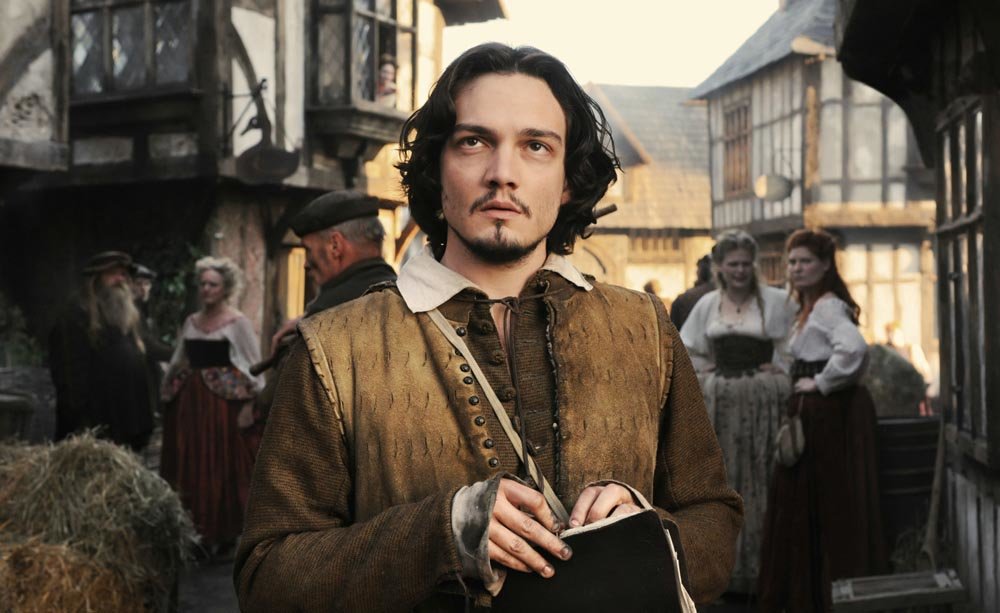 4. Any claim for any other person as author thus requires you to believe that not only is the existing evidence a lie, the existence of another “William Shakespeare” completely escaped contemporary knowledge. Any argument that someone other than Shakespeare as a result, of necessity, begins with absolutely no evidentiary support for it. And anyone who bases their argument on authorship on the idea that the absence of documentary evidence of Shakespeare’s biography, while simultaneously arguing for an author for whom there is no documentary evidence at all is committing an intellectually dishonest fraud upon themselves.

5. The absence of evidence is not by itself evidence of absence. The lack of a complete recorded biography for William Shakespeare is disappointing, but not a reason for disbelieving the records we DO have. It is a reason for additional research, and the drawing of educated conclusions about the man’s life, but it is not a basis for disattributing what the contemporary record evidence establishes he did. The argument is bass ackwards. Authorship is established by evidence of authorship, not by the rest of the biography. If the biography indicated something that disqualified the person as author – an inconveniently timed death, for instance – that would be different. But nothing known in Shakespeare’s biography is a disqualifier from authorship. That we do not have a document stating Shakespeare went to grammar school is not the same thing as saying Shakespeare did not go to grammar school. You need to look at the rest of the evidence. Similarly, that we do not know how Shakespeare learned certain things, about Italy, or nobles, or law – and what he Knew is often overstated – does not mean he did not know those things, merely that how he came to this knowledge – readily available at the time, by the way – is shielded from our eyes.

6. All authorship theories are conspiracy theories, and all conspiracy theories flounder when looked at from anything other than an hermetic perspective. To even entertain the notion of non-Shakespearean authorship you have to believe, first, that the actual record evidence of authorship is a lie, and second, that there was a deliberate attempt by a large number of people to silence the actual truth. And since there is no evidence of the conspiracy either, you have to believe in a conspiracy to hide the conspiracy. And think, who of necessity would have had to know? A lot depends on the arguments advanced, of course, but in general, given the arguments routinely made, not only would people like Burghley and the Queen have to have known, but the other members of the King’s Men, including the actors, various publishers including Richard Field and Thomas Thorpe, people like Davies, Barksdale, Jonson, Droeshout…. At some point, the conspiracy consumes the world. If Barksdale and horpe and Droeshout knew, just who the Hell were they keeping it a secret from, and why? And how?

7. Shakespearean scholarship does not proceed from a deliberate attempt to squelch the true authorship.Sorry, but dating the works, for example, into the 1610’s is based on the actual evidence, not on some desire to thwart your argument. Shakespearean scholarship is a battlefield where people do all but call for pistols at dawn over the proper placement of commas. They are not going to agree to not only twist their arguments to oppose you, but do so en masse without saying so. Face it: authorship theories are pimples on the buttocks of real scholarship; they are only really an annoyance if you sit on them wrong.

8. Trying to disprove authorship by looking at Elizabethan people and records through their own eyes or modern eyes is not a legitimate argument. I’m sorry, lord knows I love Modern Times, but Chaplin’s argument is essentially, I grew up poor and became a Fabian Socialist, ergo Shakespeare, who grew up poor, also should have been a Fabian Socialist. Twain was a world famous writer whose life was relentlessly chronicled, and who generally wrote directly from life. Therefore, Shakespeare’s life should have been relentlessly chronicled, and must have generally written directly from life. And on and on it goes. The creative process is highly individualized and to extrapolate one creative mind from another is useless, and represents a gross misunderstanding of the nature of creativity.

9. Basing an authorship theory on supposed biographical references in the works is abject foolishness.There is some minimal value to the idea that you can look at the works of a known author and try to find biographical traces, and in the right hands it can lead to some interesting ideas about the works themselves. But it is not evidence of authorship – and it is amusingly ironic to see persons who object to Shakespeareans doing this to flesh out biographies turn around and do the exact same thing as primary evidence of authorship. Look, even with authors we know much more about, separating biography from imagination is at best dicey. But to use that type of thing as evidence of authorship requires that you, with no textual basis for doing so, presuppose certain references are biographical and others are not. To say, for instance, that “were it ought to me I bore the canopy” is a biographical reference, while the induction to Taming of the Shrew is not. To find a possible reference to Burghley to be biography, but a possible reference to Anne Hathaway is not. To find a reference to falling out at tennis to be autobiographical, while references to glove making and leather are not. The works themselves offer no basis at all for this choice. It is the subjective viewer who makes this choice, and anyone making that kind of subjective judgment is going to find what they are looking for. That’s why there are theories of authorship for literally dozens of people, from Florio to the Queen herself, based on exactly that method.

9.5 We’re all agreed that the Prince Tudor theory is rubbish, right? No need to go into that, is there?

Here I stand. I can do no other.