In 2012, as part of the cultural element of the London Olympic Games, the BBC contributed four productions of the Plantagenet plays, Richard II, Henry IV i and ii and Henry V. The series featured a panoply of top British acting talent, consistently excellent cinematography and despite being shot almost entirely on location, managed to maintained a theatrical flavour by confining itself theatrical resources and personnel, rarely reaching for support from CGI to amplify a mise en scene. Simon Russell Beale took a surprising, original and for some, off-putting line with Falstaff, presenting a desperate, cynical, old and fearful man. The whole cycle stressed the unprincipled struggle for existence and power art the expense of the good-natured ribaldry. However, the productions never fail to interest, provoke and ravish the eyes.

I've collected my various reviews here, prompted by a staggeringly silly review on politicworm. No collection should be without this boxed set.

Unfairly unloved, perhaps because of the unfamiliar politics in it opening scenes, Richard II is Shakespeare's watershed. It has much in it which would have been familiar to the Elizabethan theatre goer-but also contains mountains of innovation, such as Richard's soliloquy after his confinement, which look forward to Hamlet and beyond. This is the play where iambic pentameter really broke free of its rhyming chains and although not everyone can place it correctly, Richard II contains some of Shakespeare's finest poetry.

And what a fantastic Richard we have in Ben Whishaw, delivering the personal tragedy and the political betrayal with the combination of power and finesse that the role demands but rarely receives. Even Ian McKellen, in his landmark production for the BBC in the 80's, didn't catch the sheer majesty of Richard's defiant surrender at Flint castle.

The entire cast is outstanding and the producers did well to enlist two great female actresses for the parts of Isabella and the Duchess of York and retain the bulk of parts that are often cut to shreds. Retaining more of Isabella's lines would have helped Clemence Poesy make her Queen memorable but no on will forget Lindsay Duncan's rescue of her son.

However, Rory Kinnear takes second honours, providing an utterly mesmerising foil for Whishaw's Richard and the electricity crackles between them in the fantastic deposition scenes hit the summits of dramatic power. You won't see better. There isn't better.

Beautifully shot and engineered, there isn't a scene that doesn't look stunning, a word that cannot be clearly understood or a plot line that cannot be easily followed. The sheer mastery of the play's intensely psychological portrait of kingship and power is made easily accessible to newcomers to Shakespearean drama and language.

Henry IV i and ii 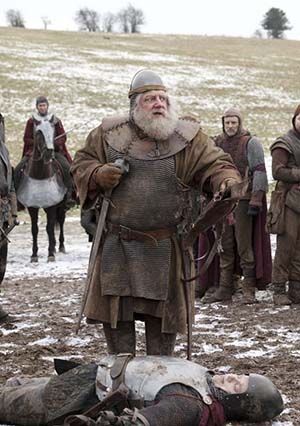 in Henry IV Parts i and ii, the landscape is normally dominated by Falstaff and the Eastcheap tavern crew. Falstaff is Shakespeare's Everyman and his audience's favourite creation and Simon Russell Beale was born to play him. His Falstaff has a knowing awareness of the dimensions of his vice and the ever-present, sinister proximity of Nemesis but he doesn't fall short of the full measure of Rabelaisian exuberance and good humour and has the common sense to keep his self pity private. Inspired casting amongst the rest of the crew sees faultless performances from Julie Walters, David Dawson and Tom Georgeson and gives us another glimpse at the astonishing range and talent of Maxine Peake. Paul Ritter has a mountain to climb, after Robert Stephens' Pistol in Branagh's Henry V but the remainder of Team Falstaff rise to the occasion brilliantly.

However, Richard Eyre (and Rupert Goolden with Richard II) have followed Branagh's example with extravagantly detailed and wonderful realised minor characters, metronomically striking the right note again and again. Among many, David Bamber as Justice Shallow is outstanding as is Geoffrey Palmer as the Lord Chief Justice—a casebook study in how to turn a few lines into a performance.

Irons has never been better as guilt, tragedy and sickness wear out the life in his Bolingbroke, Tom Hiddleston also turns in a career-best as the archetypal unmanageable teenager. The father and son scenes between Iroms and Hiddleston, especially the crown scene are tremendous. Hotspur and his wonderful Katharine are perfect in their representation of the northern version of the Plantagenet Generation Gap. Criticism of their lack of 'grandeur' seems to miss the point, I think. Hotspur and Katharine are more than one kind of rebel and their impatience with Welsh hospitality and the world in general is beautifully played here. Shakespeare intended this couple to be an ultra modern example to the world, accurately portraying the exclusive closeness that couples who are well matched but different often exhibit.

The battle of Shrewsbury may not be the series finest achievement as Hal's relationships with Hotspur and others of his own generation do not fit the overall scenario as well as other adapted elements but once agin, this is the leading version on film and a very interesting companion to The Globe's 2010 DVDs featuring Roger Allam's towering comedic Falstaff.

Shakespearean filmmaking with a superb cast, mostly excellent direction, great cinematography and a great central performance from Hiddleston, finally stepping out of the shadows of those of his famous predecessors as the play reached its climax. And there are other actors turning in their film-career best here too, Anton Lesser and Melanie Thierry for example.

All in all, the series is the best Shakespeare the BBC has ever done. Hiddleston may take the laurels for his three performances as Hal, the not-so-callow, not-so-innocent teenage chrysalis who turns into a malevolent Machiavellian butterfly but Whishaw's utterly brilliant Richard II is a very good reason to start the cycle from the beginning, as intended.

The quartet of plays builds on the Shakespearean tradition of adapting for cinema while retaining as much as possible of Shakespeare's imaginative manifesto as we have it in the play's Prologue, demanding imaginative effort of the part of the viewer rather than supplying every conceivable horse and nail.

The drama is built with a theatrical approach to casting and mise-en-scene, resisting (mostly) the temptation to colour the action with simulated CGI reality. Shot entirely in the UK, the outdoor locations are always beautifully chosen but never needlessly populated with thousands of digital soldiers. There are CGI glimpses of mediaeval England and French armies here and there but they never dominate the theatrical requirement to distinguish drama from scene-setting. Olivier's version started in the theatre and then cut away, wider and wider until the famous charge and the immense Agincourt scenes. Here, the camera stays focused on the main players throughout and even the famous 'band of brothers' speech, though spoken on an outdoor battlefield, manages to retain a theatrical intimacy. 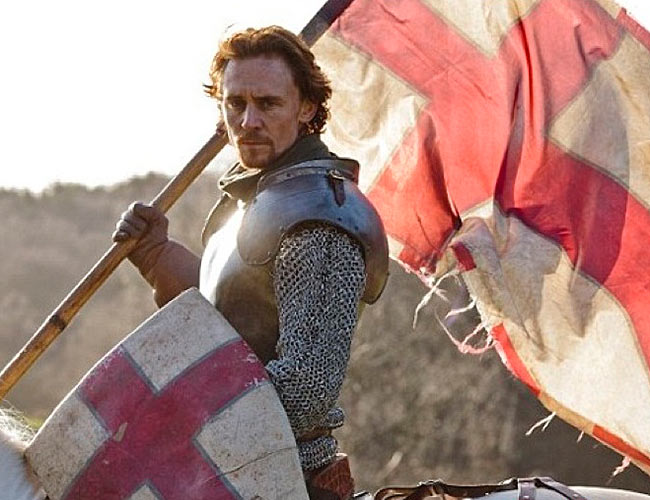