Reading Sir Thomas himself after Hughes is like walking out into the air, a clean wind through the fog of fantasy.  The sheep farmer’s son, the advisor to princes was no snob.  His De Republica Anglorum (written 1562-5) is a meditation on the Elizabethan monarchical republic, “a society of subjects who had citizens hidden within them” (Burrow, 240).  Power, taking root, may branch into a wider body of governors.

For whosoeuer came of that old great grandfathers race, he accompted him selfe as good of birth as any other. ...  Whereupon necessarily it came to passe that the common wealth must turne and alter as before from one to a few, so now from a few to many.

Governments, says Smith, are of the temperament—the balance of elements—best suited to the body governed.  They can change with changes in the commonwealth.

By this processe and discourse it doth appeare that the mutations & changes of fashions of gouernement in common wealthes be naturall, & do not alwayes come of ambition or malice:  And that according to the nature of the people, so the common wealth is to it fit & proper.

When a commonwealth fits the “kinde of the people”

like a garment to the bodie or shoe to the foote, then the bodie politique is in quiet, & findeth ease, pleasure and profit. But if a contrary forme be giuen to a contrary maner of people, as when the shoe is too litle or too great for the foote, it doth hurt and encomber the conuenient vse thereof, so the free people of nature tyrannized or ruled by one against their willes, were he neuer so good, either faile of corage and were seruile, or neuer rest vntill they either destroie their king and them that would subdue them, or be destroyed themselues.

Smith still speaks to our times:  our shoe is crippling us.

By the way, he gives a very simple reason for Oxford’s annuity:

in Englande no man is created barron, excepte he may dispend of yearly reuenue, one thousand poundes. ... Vicountes, earles, marquises and dukes more according to the proportion of the degree and honour ... but if they decay by excesse, and be not able to maintaine the honour ... sometimes they are not admitted to the vpper house in the parliament, although they keepe the name of Lorde still.

As hereditary Lord Great Chamberlain, the earl had occasional duties to attend to:  his £1000 pension would have kept his place at court.

As Smith knew, families rise and decline, “as a thing once gilted though it be copper within, till the gilt be worne away.”

Smith was a polymath, passionate about a dazzling range of subjects:  astronomy, philosophy, mathematics, materia medica, linguistics, alchemy, architecture.  His magnificent library has been dispersed, but Lambeth Palace Library owns “a 1534 edition of the works of Plato printed in Basel by Johann Walder ... full of hundreds of drawings, miniature portraits, detailed landscapes, notes, and other marginalia.  On the title page is a signature written in Greek: ‘Θωμας ο Σμιτθος’, i.e. Thomas Smith.”  The sketches are marvellous.  There’s a hydra-headed Dilemma, a garlanded god or city-spirit, a lute and a harp (the lute, he writes, is easier to play), an expensive delicate ship, another, Troy, a man with monsters in his hair (bad dreams?), a Cerberus-dog named Vulgus (the rabble, the mob, the vernacular) menacing a tiny ρήτωρ (rhetorician) in a pulpit.  You can watch Smith read—arguing with Plato, underscoring, engaging.  For Elizabethans, reading was a disputation.

Time has cruelly used Smith’s masterwork, the treasure house at Theydon Mount.  Hill Hall was put to degraded uses last century:  a prisoner-of-war camp, a women’s prison.  It burned.  But the fragments that remain of his vanished legacy—like the painting of “Psyche at her Toilet”—are beautiful. 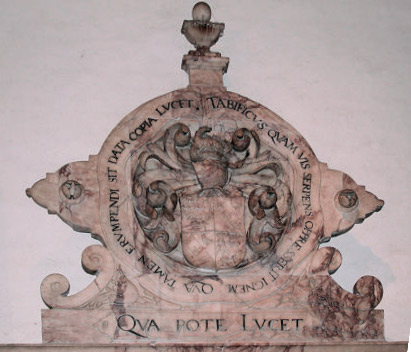 Sadly, Smith’s pupil seems to have cared little for the visual arts.  His lavish expenditures in Italy were on bling and boys, a house for his Venetian whore.  No Titians.  None, at least, that he mourned when pirates captured and despoiled him:   “it is said that he had brought with him a great collection of beautiful Italian garments, which were taken from him, over which his regret is infinite.” (Nelson, 137)

Yet Hill Hall did inspire a great poet.  No, not Shakespeare—who was a schoolboy in Warwickshire when Smith died—but Spenser.  He would have been brought there by Gabriel Harvey, “his very speciall and most familiar freend,” his Hobbinol in The Shepheardes Calender, and Smith’s devoted protégé.  Unlike the squandering Oxford, Spenser never travelled abroad, so what he saw at Hill Hall would have been a revelation, “the most spectacular visual encounter of his early life”  (Hadfield, 169).  He retells the story of Cupid and Psyche in The Faerie Queene, and over and again there are scenes of “astonished figures who enter grand halls covered with a variety of pictures” (Hadfield, 169).  He adores ekphrasis:  poetry depicting works of art.  That’s harder to bring off in drama, which is itself a moving spectacle:  there are vivid brief notes in Cymbeline, but great Spenserian swathes of iconography would halt a play.  The Faerie Queene is Hill Hall versified.

The friends probably went together to Smith’s funeral (Hadfield 168), where Gabriel Harvey got into a “furious row” with the preacher, over a bequest of books (Archer).  He would.  And as he would, he then wrote seven Latin elegies for his old master.  The less obstreperous Spenser would have paid his respects to the scholar-statesman.  Oxford took no recorded notice of his “surrogate father’s” passing.  But then, it was a crowded summer, 1577:  in July, he was arranging a murder for hire; in August, just after Smith’s obsequies, the earl’s fled catamite was deposing to the Inquisition on his captivity and flight.

Back to Anckerwycke Home Page