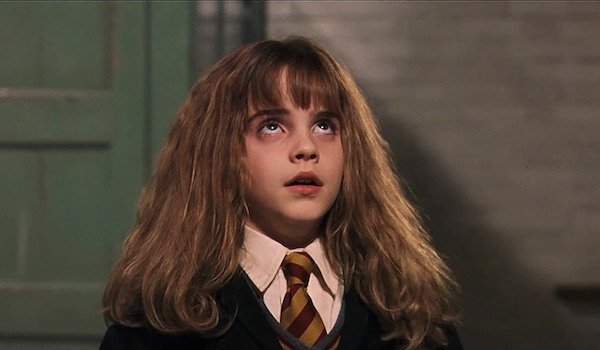 What are the odds?

A new candidate has emerged in the SAQ battlefield. Female candidates are few and far between: we have discussed the Countess of Pembroke on this site, Elizabeth Winkler has argued for Emilia Bassano Lanier, and that is about it. With this new candidate in the field, though, the first strong female Shakespeare candidate has finally emerged. It is, of course, the wildly successful author of the Harry Potter series, J. K. Rowling, born Joanne Rowling.

She is educated, a polyglot, and until fairly recently appeared to be someone who had the depth of empathy for the human condition to write the canon.1 Her world building imagination is clearly fertile, her ability to imagine a world of wizards and other related things2 gives her the ability to imagine a long ago world of English Kings and their courts, Roman intrigue and pastoral lives. The ability to imagine completely new worlds gives her the far more diverse and varied world building ability that is required for Shakespeare; much better than a simple, “Hey! (S)He wrote about royal courts! Seems accurate to me! (S)He must be noble! Who cares about every other setting (s)he used!” and she has demonstrated that ability. Being female explains the uncanny insight Shakespeare had into women, which Winkler relied upon in her theory. She was born near a town with the wonderfully Wodehousean name of Chipping Sodbury,2.5 and if that does not give her the necessary rural background Spurgeon flagged then I am very, very disappointed in English place names.

She also has a history of using pen names to hide her identity; not once – she actually has no middle name, the “K” is made up at the insistence of her publishers who did not want to advertise her gender – but twice – she also writes under the name “Robert Galbraith” to separate her crime fiction from the roman a clef novels she is most famous for. She has publicly noted that she enjoys using a pseudonym for her writing – an obvious reference to her use of “Shakespeare” for her work. Indeed, as Winkler noted, a female Shakespeare in the Elizabethan era would need a male pen name in order to operate,3 unlike other candidates where the explanations of the need for a pen name are flimsy at best.

She is not perfect. Like “Shakespeare” her signatures are inconsistent – she has been known to sign her first name as “Jo” (clearly a different person) and she has signed “Kathleen” as a middle name which, as mentioned above, the historic Joanne Rowling does not actually have. She also, like Shakespeare, has that pronunciation problem: some claim the proper pronunciation of her last name ignores the inconvenient W so clearly present in it. That allegedly silent W indicates that Joanne “Row-ling” and Joanne “Roll-ling” are clearly two different people.

The biggest drawback, of course, is that she was allegedly born in 1965, 342 years AFTER the publication of the First Folio. This creates a problem with those who are unaware of this: all fiction is in fact thinly veiled biography. This simple truth, which underlies all anti-Stratfordian thought in general and Oxenfraudianism in particular, is the key to solving this little hiccup. Readers of the Harry Potter series recognize Rowling in the character of Hermione Granger,4 which of course means… SHE HAS A TIME TURNER!5 If I recall correctly, it took three turns for Hermione to go back a few hours to save Colin Firth and a gargoyle.6 So that is going to be some serious spinning to go back the 400 years necessary to account for Shakespeare. Yes, it probably took her days to spin it, but it would be worth the effort. Problem solved! In the spirit of standard Oxenfraudian argument: We have AN answer, who cares if it is a good one! NEEEEXT!

There is of course, another issue. Sure, Rowling is, like a Shakespeare, a butts in seats kind of writer, but her stage craft… sure, she has a Tony for Cursed Child, but it I am given to understand7 it is hardly Shakespearean. She has written some poetry within her other work, but nothing that shows any real facility with blank verse.8 This was a problem for her candidacy until I reread the third, middle volume of Douglas Adams’s Hitchhiker trilogy, Life the Universe and Everything, and came across this passage:

There is, or was, a poet. His name was Lallafa, and he wrote what are widely regarded throughout the Galaxy as being the finest poems in existence, the Songs of the Long Land.

They are/were unspeakably wonderful. That is to say, you couldn't speak very much of them at once without being so overcome with emotion, truth and a sense of wholeness and oneness of things that you wouldn't pretty soon need a brisk walk round the block, possibly pausing at a bar on the way back for a quick glass of perspective and soda. They were that good.

Long after his death his poems were found and wondered over. News of them spread like morning sunlight. For centuries they illuminated and watered the lives of many people whose lives might otherwise have been darker and drier.

Then, shortly after the invention of time travel, some major correcting fluid manufacturers wondered whether his poems might have been better still if he had had access to some high-quality correcting fluid, and whether he might be persuaded to say a few words on that effect.

They travelled the time waves, they found him, they explained the situation- with some difficulty- to him, and did indeed persuade him. In fact they persuaded him to such an effect that he became extremely rich at their hands, and the girl about whom he was otherwise destined to write which such precision never got around to leaving him, and in fact they moved out of the forest to a rather nice pad in town and he frequently commuted to the future to do chat shows, on which he sparkled wittily.

He never got around to writing the poems, of course, which was a problem, but an easily solved one. The manufacturers of correcting fluid simply packed him off for a week somewhere with a copy of a later edition of his book and a stack of dried habra leaves to copy them out on to, making the odd deliberate mistake and correction on the way.9

See, this is how Rowling can be the author of Shakespeare. She has the First Folio! All she needs to have done is glom a copy of the First Folio, take it back in time with her using her time turner, and copy the works out over a period of time, far spaced enough for plausibility, and then return. Voila! Shakespeare. This is, by the way, much the same way that Chuck Berry was able to compose Johnny B. Goode, having already heard it from Marty McFly .

Sure, there are issues with the effect of that time travel on Rowling’s life span. To put it mildly, if she spent twenty years or so doling out Shakespeare plays and then came back, she sure is well-preserved. Of course, there is the possibility that she hasn’t written Shakespeare yet; she may be saving her time travel for the future, as part of a well-earned retirement. If so, I would encourage her not to wait. Frankly, we know not the day nor the hour of our passing. What if she goes bicycling off one day and gets flattened by a brewery truck like Anne Hathaway10 in One Day?11 All of Shakespeare could just… disappear, in an instant, like Dane Cook’s12 career. Then where will we be?

I prefer another solution: that she availed herself of the uneducated drunken lout of an actor, William Shakspere, to serve as her beard, as it were. She would leave him the plays, with instructions to release them over time. His being uneducated would prevent him from tampering or “improving” the work. I think this would be the best explanation, since it also accounts for the existence in the and place of a person with the same name as the “author”. She would periodically consult the Folio, and if Shakspere changed something, or failed to publish something, she would know by comparing it to the FF she retained from her first trip. This may have necessitated some other brief trips to the past, providing Shakspere with beer money, and forcing him to stick to the literal scripts.

Of course Oxenfraudians will argue that this is implausible, but I think it is far more plausible that someone went back in time to write Shakespeare then that Oxenford was able to write 11 or so plays after they died. Especially since time turner technology was at best in its infancy pre-1603. Anyway, time travel is complicated, but, in the immortal words of Mr. Park:

2.5 Market Snodsbury! That is what I was trying to think of. But I recalled it too late, and do not feel like renumbering all my footnotres.

3 Like, historically George Sands, George Eliot, and George Simenon used male identities to hide gender. I may be wrong about at least one of them, but I do not think so. I believe we have using the Oxenfraud method established by evidence that all Georges are, in fact, pen names for women.

6 Cf., footnote 5, supra. I have, however, a rather imperfect memory of it. Can someone check for me?

9 Some may find that this somehow cheapens the works. No longer springing from Shakesepare’s history and life, divorced from their time, separated from the true creative energy of thought, some might find them somehow lesser works. I turn once again to Mr. Adams:

11 If you have not seen One Day, first, lucky you, second, in it Anne Hathaway plays the unconvincingly English female half of a couple in a movie that starts in the present, and then goes back and views the couple on the same date of each year, right up until it returns to the present and Anne Hathaway bicycles off and gets flattened by a brewery truck. Normally, this is the type of thing that would require a spoiler alert but frankly if you have not figured out by, say, the 10 minute mark that when the movie got back to the present time, Anne Hathaway would bicycle off and get flattened by a brewery truck, you have not seen enough movies and I refuse to coddle you.

13 I seem to have put many of my best jokes in the footnotes.14 It sort of makes me feel all Flann O’Brienish, so, cool.

14 Like, for instance, that there is no footnote 13 in the text.