Was Oxford a Good Poet? 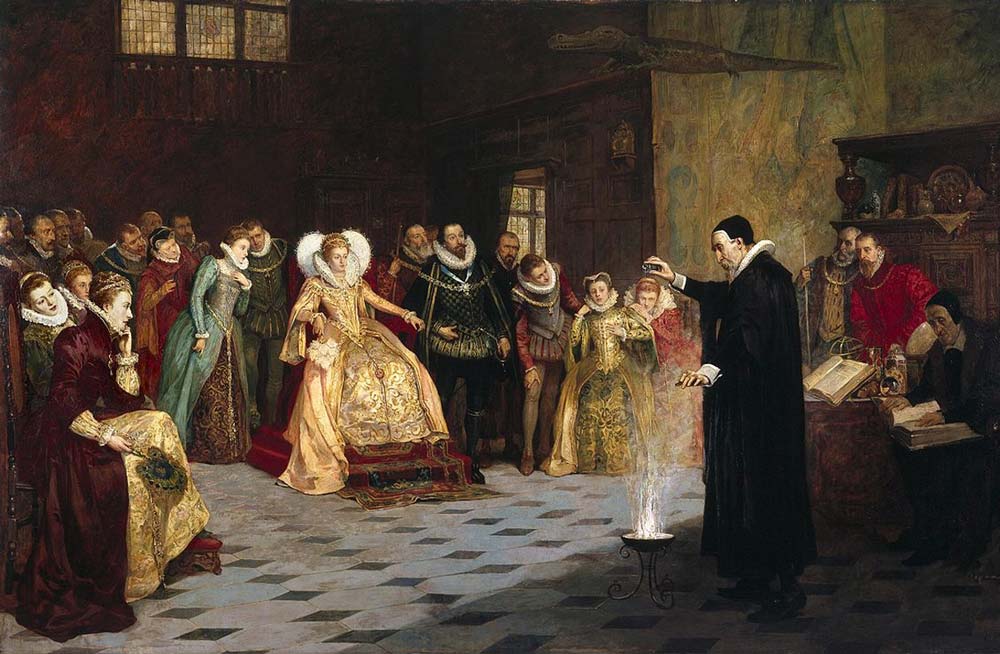 2020 is the 100th anniversary of Looney's book Shakespeare Identified. Hearts aflutter, Oxies are busy tooling up to celebrate as if their man was the Bard himself.

They instigated the SI100 Programme at this year's Ashland conference where they shared out all sorts of Apostolic Activities amongst themselves to spread the faith.

You have to wonder if any of them have actually read it. In his desperate attempts to link Oxford's work with Shakespeare's, Looney '"finds" a wealth of figurative language' in passages bereft of figures of speech, while praising the 'terse genius' he appears to detect in Oxford's rambling prose. He claims:

Now the subject of Shakespearean quality in Oxford's verse is a frightening spectre for the Hedingham tribe. Our own sniper platoon has been starved of opportunities for a clean shot on this central claim of Looney's. Fans of the Earl will almost never discuss his poetical works. They fall back on two tactics. They either invite the unwary to join them in an assumption of Shakespearean quality, as Roger Stritmatter did when pontificating about the work of Edward Dyer, or they claim that Oxford's published poetry is all juvenilia (usually misspelt juvenalia—they all read the same inaccurate Oxfordian tracts).

The consequences of Stritmatter's venturesome assessment of 'My Mind to Me a Kingdom Is' were Dyer indeed. When challenged to discern the Shakespearean qualities which he claimed were obvious to anyone as clever and well-read as he was, our Roger simply vanished like the Cheshire Cat. Not a discernible Shakespearean quality anywhere. Not wishing to press the point too hard, we gave up the chase after he had run away from the issue 15 times. In recording his many exits, we did no more than make a large feature article of his failure to reply, with a few small but entirely justified visual aids. We try to restrain ourselves from referring to it more than twice a week.

That was just over two years ago.

In the intervening months we have tried again and again to elicit more discussion of the Shakespearean qualities in Oxford's, or even Shakespeare's, verse. Something seems, however, to have made them apprehensive about addressing what Stritmatter pejoratively calls 'aesthetic issues'.

In The American Libraries Association Magazine, Oxfordian Michael Dudley, himself a librarian, had the opportunity to review the forthcoming First Folio Tour, organised by The Folger Library for the 400 anniversary celebrations in 2016. After some non-partisan discussion of the tour and its significance, Dudley took the opportunity to beg for an Oxfordian seat on the bus. The article came with a comments section and very soon there was a merry discussion going on.

The first disastrous reverse was yet another Stritmatter own goal. Keen to display a new Oxfordian trinket, the SAQ's own version of Baldy Pevsner claimed that William Basse worked for a relative of the Earl. Jumping swiftly to his conclusion, assuming everyone would join him, he announced that Basse's eulogy was therefore part of the cover-up of the identity of the true author. Just this one slight biographical detail, he claimed, constituted an "overwhelming preponderance of evidence". He fell over so badly in the attempt to defend this proposition, we've discretely covered it in a separate article here. Then, to our amazement, this appeared. An announcement of Shakespearean quality in Oxford's verse!

Michael Dudley: For anyone who doubts or disparages Edward de Vere's writing for being non-Shakespearean, I would refer them to his poem "Women's Changeableness" (http://www.elizabethanauthors.... which Oxford's discoverer J. Thomas Looney realized resembled the style of Shakespeare's Venus and Adonis. The first stanzas read:

If women could be fair and yet not fond,
Or that their love were firm, not fickle still,
I would not marvel that they make men bond
By service long to purchase their good will;
But when I see how frail those creatures are,
I laugh that men forget themselves so far.

To mark the choice they make, and how they
change, How oft from Phoebus do they flee to Pan;
Unsettled still, like haggards wild they range,
These gentle birds that fly from man to man;
Who would not scorn and shake them from the fist,
And let them fly, fair fools, which way they list?


Looney realized -- as many of you who are familiar with Shakespeare may as well -- that this poem is remarkably Shakespearean. Note the references to classical mythology (e.g., Juliet wishing the sun to go to "Phoebus' lodging") the easy and familiar use of legal terminology (bond and purchase) the metaphoric use of hawking - an aristocratic sport - and the "frailness" of women -- as Hamlet said, "Frailty thy name is woman"; women are compared to "haggards" -- wild, untamed hawks -- something Othello does as well ("If I do prove her haggard")…I'm not sure how much more Shakespearan (sic) two stanzas of poetry could possibly be!

"I'm not sure how much more Shakespearean two stanzas of poetry could possibly be!" cries Dudley.

Well, the least, little resemblance would be a start.

In the recent 'doubter' publication "30 second Shakespeare" edited by Ros Barber, a Marlovian, there is a chapter devoted to the strength of Shakespeare's women. Will wrote strong determined women, witty intelligent women, noble leaders and tarts with hearts. It's not, therefore, unfair to conclude that he liked women.

If you look at this poet's sentiments, in the first verse, you can see a man who deprecates the whole sex. The poet has no specific grievances, nor any evidence of a recent falling out nor disastrous argument. No painful disagreement, no complaints about desertion, no open wound from a cutting remark, all of which are easy to find in the sonnets. This poet isn't addressing an individual female, he's listing his complaints about the whole gender.

By the penultimate line, he is positively scornful. He's doesn't share Will's appreciation of the fair sex. In fact he laughs at men who do.

If this poem were to contain identifiable Shakespearean qualities, we would expect some characteristically well-turned phrase, some intensely compressed thought or some eye-opening expression of an emotion that is unique and illuminating.

This poet can't do it. In fact, this poet writes in clichés. This poet thinks women are 'fickle' and 'frail', 'fond' and 'fair', 'fools' and other things beginning wth 'f'. You will very rarely find a well-used phrase appearing unaltered in Shakespeare's work. Dekker uses the well-worn phrase "looks daggers". Will subverts it to a more writerly "speaks daggers", when he has need of it.

This poem is almost entirely composed of pedestrian thought expressed in a second-rate, unremarkable, unoriginal language.

It is nothing like Shakespeare but it makes a good benchmark as the poet has chosen an image for his last four lines which is a match for one Shakespeare uses in Othello. Haggards are hawks caught from the wild for training and therefore not an unusual choice for an image of untameability and independence. Here are Shakespeare's haggards in Othello.

…If I do prove her haggard,
Though that her jesses were my dear heartstrings,
I'ld whistle her off and let her down the wind,
To prey at fortune…

Compare this to Oxford's lines:

Who would not scorn and shake them from the fist,
And let them fly, fair fools, which way they list?

Oxford can't do complex imagery. He struggles even with the simple variety. Here we have an elementary image of birds flying away in whatever direction they choose (with some unShakespearean alliteration). There's nothing uncommon in the expression. Apart from the alliteration and the rhyme, there is hardly anything to distinguish the verse from prose. Oxford shakes his haggard wild and lets them fly. 'Haggards wild' isn't pukka even in the 16c. Gascoigne has this to say about Oxford's poetical construction here:

You shall do very well to use your verse after th nglishe phrase, and not after the maner of other languages: The Latinists do commonly set the adjective after the Substantive: As for example Femina pulchra, ædes altæ, &c. but if we should say in English a woman fayre, a house high, &c. it would have but small grace: for we say a good man, and not a man good, &c.

Artificially poetical 'haggards wild', then. Haggards hackneyed, dull and conventional. Shakespeare whistles them off and lets them down the wind. Different altogether.

The quality of an image relies on the creation of a vivid visual counterpart to the poet's thought. Comparing women to 'haggards wild', as Oxford does with his blunt poetical twist, is no more than a conversational commonplace. It's a simple, misogynistic slur, though perhaps no more than par for the Elizabethan course.

Shakespeare never, ever contents himself with a par score when it comes to expressing important ideas. Shakespeare's haggard image is a fully developed conceit. Will is entirely original where Oxford is hackneyed, entirely personal to Othello where Oxford is conventionally generic, and imaginatively detailed where Oxford is offhand and blank. The meat of the image is one of loving attachment and the effort involved in forcing himself apart from an unfaithful partner. It's a common enough topic but unlike Oxford's generic condemnation, Shakespeare creates an image that develops, like a photograph in dark room tray, each reading enhancing the detail until the high resolution final article is complete. The trailing jesses are clearly visible, the wind palpable. Othello won't simply let Desdemona go. He imagines her down the wind to prey at fortune in a flurry of coloured ribbon in some great, rocky valley or on a wild fenland plain. Having switched on our imaginations, we can finish it off. We can imagine the rest.

The poets are oil and water, chalk and cheese, Bankside professional genius and uptown aristocratic medocrity.

Thank you, Michael Dudley (and Roger), for giving us the opportunity of pointing out the difference.