Next low tide is Candlemas. January, at least here, is all about mud. 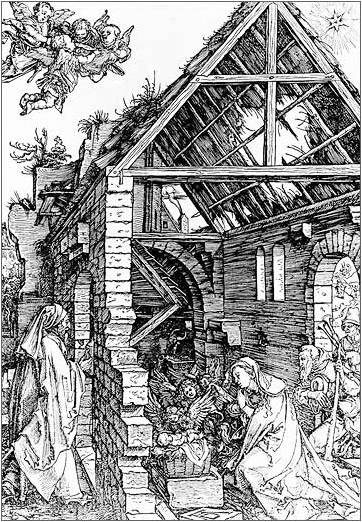 The Twelve Days of Christmas—were you not of the Elect—were a time of feasting, mirth, and revels.

For the Saints, Old Christmas was Popish, if not downright pagan, and was kept as a working day. In Cromwell’s time, it would be banned.

For Ben Jonson, it was joyously half-pagan. His Sons and Daughters of Christmas were Misrule, Carol, Minced Pie, Gambol, Post and Pair (a card game), New-Year’s-Gift, Mumming, Wassail, Offering, and Baby-Cake. (He would have brought an eleventh, “O, but Log was too heavy to dance it.”) Fish and Friday were banished.

As Ben knew, most of the traditions of their English Christmas were descended from the Roman Saturnalia: the midwinter celebration of the birth of Sol Invictus, the Unconquerable Sun.

Is it any wonder that the Puritans abhorred the feast? Like the theatre, Christmas was uneasily half-tolerated in the City as a license for disorder. At Court, both were joyfully embraced, and Christmas was a time for masques, interludes, and stage-plays.

The commons took their Mumming to the streets, or through the house from kitchen to hall, with masks, horns, motley, and tumult: men cross-dressed as women and women as men; both as beasts.

Topsy-turvydom reigned. In the North and Scotland, boys would barricade their schools against their masters. At the universities and Inns of Court, the students would choose a Lord of Misrule to preside over their merrymaking, which might be as decorous as Latin plays or riotous as drunken cat-hunts in the hall. At St. John’s College, Oxford in 1607, their Christmas Prince’s reign was from St. Andrews Day (30 November) until Shrove Tuesday. Heaven knows when they ever studied.

At Christmas, the English (and the Scots and Welsh) loved Gambols and gambling. They played card games, like Post and Pair; they played romping games, with a good deal of slap and tickle: Hoodman Blind, Hot-Cockles.

There would be dancing and music, everywhere and always. We still love many of the Carols that they sang, like the Coventry Carol (“Lullay, lullay, thou little tiny child...”).

There would, of course, be heroic feasting: on brawn (not without mustard), on roast goose, plum porridge, frumenty (a spicy porridge of hulled wheat seethed in milk), on dainties like quince marmalade and collops of faux-bacon made of sugar. (The rich served wine in glasses made of sugar-plate: you were meant to eat the tableware. No wonder that their teeth were black.) Their Minced Pies would be a rich gallimaufry of minced beef, prunes, apples, raisins, currants, rosewater, spices, and suet.

However riotous or soused the company would get, they would begin with ceremony, with drinking Wassail to each other’s health. In parts of the country, households would go down into their orchards to wassail the apple trees, for next year’s crop.

In the midst of plenty, the fortunate remembered the poor, and made Offerings of meat and drink, of firing, clothing, and small coins.

Twelfth Night is the last of Christmas, the youngest of its children: Baby-Cake. The custom was to serve a great cake with a bean and a pea hidden in the dough. Whoever had the luck to find a token in his (or her) slice would be King or Queen of the feast.

Above all, at Christmastide there would be greenery in winter snow—the holly and the ivy. There would be fire in the dark: a Yule Log, torches, candles burning in the hope of light reborn. And at the heart of revelry, there would be peace:

Some say that ever ‘gainst that season comes
Wherein our Saviour’s birth is celebrated,
The bird of dawning singeth all night long:
And then, they say, no spirit dares stir abroad;
The nights are wholesome; then no planets strike,
No fairy takes, nor witch hath power to charm,
So hallow’d and so gracious is the time.

All Hallows Eve, All Saints and All Souls—the feasts of Hallowtide—bring in the dark of year.

They are the threshold of winter, the days of the dead, when fire drives out fear.

All Hallows Day commemorates the saints and martyrs of the Church (halig means “saint” in Old English). All Souls’ Day offers prayers for the dead not yet in Heaven. On the eve of All Souls, in Shakespeare’s forefathers’ time, the church bells would be rung through the night, for the comfort of the souls in Purgatory. “It is a knell that summons thee to heaven or to hell.” But the Reformation forebade this practice and erased this day from the church calendar. The conceit of Purgatory was abhorrent to the English Church: a Romish heresy.

In Lancashire, that county of recusants and witches, the silent custom was to gather on a hillside in the dark. One held up a bundle of burning straw on a pitchfork, while the others knelt round in a circle, praying for the souls of their dead until the fire went out.

And here and there still, all over England, soul-cakes would be made and given to the poor, for their prayers. Perhaps—as they would do in later centuries—little gangs of children went from door to door, chanting, “Please, good mistress, a soul-cake / An apple, a pear, a plum, or a cherry...” Shakespeare mocks lovers who “speak puling, like a beggar at Hallowmas.”

On these nights, the veil between the world and otherworld is very thin, mere shadow. Some are tempted to peer through. So games of divination were played with candles, mirrors, nuts or apples. Whom will I marry? Who will die this year?

Old women by firesides would tell stories. “A sad tale's best for winter: I have one / Of sprites and goblins.” Perhaps one would remember that on that on Halloween, the fairy court would ride—and fall silent so her listeners could hear the bridles ring.

The earthly court would mark the turning of the year as well. All Hallowstide began the season of masques and revels that ran through Christmas and Candlemas to Shrovetide. (The first known performance of The Tempest was before James I on Hallowmas Night, 1611.) They burned thousands of wax candles in much the same spirit as Hob with his bonfire, whistling in the winter dark—but with a spectacularly larger outlay.

The feast of Saint Michael the Archangel is 29 September.

As Captain of the Heavenly Host, he warred against the Prince of Darkness, Lucifer, and cast him and his fallen angels out of Heaven.

He is therefore the patron saint of knights and warriors, and of high places. On the Day of Judgment, he will hold the scales and weigh all souls: so his day is in the sign of Libra. Because it falls near the equinox, it is associated in the northern hemisphere with the beginning of autumn and the shortening of days.

Michaelmas marked the ending and beginning of the rural year. With the harvest over, accounts were cast up (those scales again). Servants were hired and let go; rents were due. In the university cities of Cambridge and Oxford, and the Inns of Court, the year begins with the autumn term, at Michaelmas.

The feast is traditionally celebrated with roast goose. Michaelmas is the last day it is safe to pick blackberries—after that, the devil spits on them (or worse).

In England, Michaelmas can be a perfect combination of warm sunshine, long shadows, extended twilights.

The site colour this Michaelmas is earth green.