‘Explaining the authorship controversy isn’t a job for a Shakespearean scholar: it’s a job for a pathologist’. 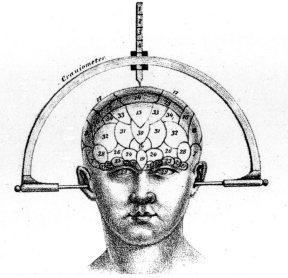 Having spent long hours arguing with Oxfordians, I can’t help coming to the conclusion that they actually don't enjoy Shakespeare. His ambiguity and wordplay unsettles them, the power of the language doesn’t excite. The characters don’t come alive in their imaginations. For them, the plays seem to exist only as an ammo box from which to pluck debating points to hurl at 'orthodoxy'. They get no pleasure from reading a play or sonnet for its own sake. It’s much more fun to rummage around in historical cul-de-sacs searching for that glittering piece of evidence that will permanently 'demolish' orthodoxy and transform them into the greatest literary detectives of all time.

Now here’s the funny thing: Oxfordians snarl at orthodoxy, but everything about them seems profoundly orthodox and conservative. Next to the Puritans, they must be the most strait-laced subversives in the history of cultural dissent.

As respectable and reasonable people, they bitterly resent the ‘crank’ label, and convince themselves that Edward De Vere, the 17th earl of Oxford, merely used a pseudonym like Samuel Clemens, which incidentally everyone knew about but that no one--not even the most gossipy luvvie of the time--thought worth mentioning. At the moment they are desperately hunting for a suitably anodyne euphemism for 'conspiracy theory' in order to liberate themselves from association with moon landing and other deniers. 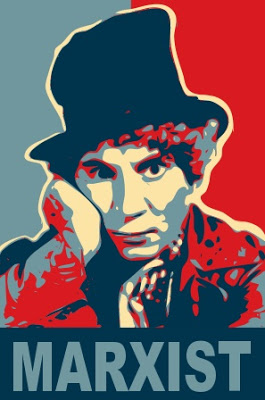 They like pretty handwriting and correct spelling; they are deeply impressed by qualifications and prestigious universities; they don’t merely quote John Gielgud and George Greenwood at you--it’s always SIR John and SIR George. The  language they use to describe Will betrays an ultra-orthodoxy which often exceeds mere snobbery and transmutes into class hatred. He’s a social climbing malt dealer; he’s a 'street hooligan', a 'thug'. He’s the 'illiterate bumpkin' and the 'butcher’s boy'. Some Oxfordians are never happier than when referring to the ‘dunghill’ outside John Shakespeare’s home.

You find them in their discussion groups referring to Shakespeare’s time as 'The Middle Ages'--an error that goes uncorrected by the more scholarly members because it’s useful to the Oxfordian case to ignore the economic and cultural dynamism of Early Modern England and instead promulgate a false perception of a society that was still rigidly hierarchical and feudal and free of any pesky, striving, emerging middle class.

They are genuinely aghast at the idea that a play like Coriolanus can be read as containing a Marxist sub-text because Oxfordians are united by a core dogma that the plays express an overarching 'aristocratic point of view based on the 'logic' that the central characters are mostly of royal or noble birth. This dogma is expressed in its most extreme form by the hard line and supra-elitist Prince Tudor wing, who seek to invest their author with ultimate hegemonic glamour by giving him a royal birth and putting him in bed with the monarchy--literally. Consequently, a factionalism is developing amongst Oxfordians that ironically mimics the ideological implosions that occurred in fringe left–wing groups in the early 1980s.

My guess is that at some stage in their early development, perhaps at school, the typical Oxfordian struggled to understand Shakespeare and just didn’t appreciate what all the fuss was about. He did very well in Mr Gradgrind’s class, because he excelled at learning facts and regurgitating them on demand. But the trouble with making judgements about poetry was that it all looked the same to him. He could define a metaphor perfectly, but he just couldn’t tell the difference between one that sparkled and one that was as dull as the ditchwater in the River Avon near Bilton Hall.

Years later, a Shakespeare sonnet still doesn’t seem that different from the pedestrian tum-ti-tum-di-tumness of a De Vere piece of ‘juvenilia’ (which just happened to be written in his mid 20s, a bit of delayed development there). We shouldn’t blame Oxfordians too much for this, though, because more than likely many of them were exposed to the type of instruction that intimidates by mindlessly banging out the mantras of bardolatory and constantly genuflecting to the notion of genius. Add to this a layer of sacred national heritage and subtract any historical context whatsoever. Then imagine a classroom of pupils spending an hour or so reading a play aloud round the class in stumbling monotone, and it’s not difficult to work out how the seeds of Shakespeare denial are planted.

It is essential that teachers put across the fact that Shakespeare was a product of a white-hot middle class entrepreneurial revolution and that he shared a near identical social profile with the other great playwrights of the era. If we teach the big history of the wood properly, we won’t produce another generation of Oxfordians wandering around looking for strange markings on individual trees.

Poor teaching results in students who don’t 'get' Shakespeare and who come to actively dislike him. Most don’t let this worry them and just find something else to rock their boats. But your typical proto-Oxfordian, being socially aspirant and acutely status conscious, is wildly impressed by the enormous accumulation of cultural capital surrounding Shakespeare. A conflict develops between the desire to embrace Shakespeare’s unique kudos and a feeling of inadequacy at the inability to engage with his work, resulting in acute cognitive dissonance which somehow must be relieved. The process of Bard Denial begins when these feelings of anxiety are displaced into anger and resentment at those seen as responsible for provoking the insecurity in the first place: the teachers, the academics, the orthodoxy, the 'Shakespeare Industry’.

It’s only a matter of time before festering resentment finds validation in an established alternative authorship theory and a chance to exact unconscious payback on that English teacher who always withheld the A grade, a solution that not only relieves the anxiety, but delivers vengeful pleasure as well.

Oxfordianism has an immediate appeal because it offers a life story which has all the ingredients of a TV costume drama but one which, on a deeper level, provides the imaginative and emotional response which Shakespeare’s writing failed to produce when first encountered. Oxfordians will say in all seriousness that they actually feel sorry for 'Strats' who do not have a full life story of the author to enrich their understanding of the works. This is tantamount to declaring that they cannot imagine anyone being profoundly moved and intellectually stimulated by the words alone, so those who claim they do must be lying. Or to comparing the plays to the strange words drifting from the psychiatrist’s couch that cannot possibly be comprehended until the patient’s actual lived experiences are fully exposed.

With the aid of an imaginative biography of Oxford, however (certainly not Nelson’s!), they discover a new, invigorating enthusiasm for Shakespeare, especially as they now have a personal stake in the cultural capital from which they were once alienated. They explicitly identify with Horatio, believing they are charged with a romantic mission to tell their master’s tale 'aright and to restore a golden piece of literary real estate back to its rightful owner.

Say not the struggle naught availeth, merely because it involves re-dating all the plays, discovering new, hitherto undiscovered biographical sources, finding and interpreting ambiguous statements and hidden codes everywhere, hinting darkly at conspiracies but never explaining how they worked, confidently labeling speculative inference as 'smoking-gun evidence' and molding the past into a shape which more closely reflects typical Oxfordian social prejudices--not to mention enduring the slings and arrows of outraged 'Strats' and finding bucket-loads of dosh to pay the vanity publishers and keep the websites going--such is the long and winding road to ultimate victory for the new paradigm that perpetually beckons just around the next corner. Yes, it's been 90 years now and still no trace of what anyone other than themselves would call evidence--but the darker the night, the brighter the dawn when that happy days arrives, and Oxfordians will not merely endure, they will prevail--have they but inexaustible hope and persistence.

But strange how this hoped-for new paradigm sounds so similar to the old one of centuries past: David Garrick’s deification of Shakespeare is joyfully resurrected by Oxfordians for whom Shakespeare is always the greatest writer in the history of not only the world and our time, but of the entire universe and of eternity--a mysterious, supernaturally-endowed genius, but this time, rightly, one with aristocratic genes, added X ray vision, and dressed in an Elizabethan costume that makes him look like Elvis at Las Vegas.

The ‘greatest writer ever’ shibboleth will only be demolished when Shakespeare is placed firmly within the context of the poetic creative imagination and it’s clearly demonstrated that Will’s wisdom and linguistic brilliance are to be found in kindred spirits everywhere from Chaucer to Bob Dylan. Until that happens and everyone begins to see Will in a sensible literary and historical perspective, the tedious table tennis match could carry on forever, with the criticisms Shakespeareans level at Oxfordians batted straight back at them by the copycat players, virtually word-for-word. 'Strats have blind spots.' 'They refuse to look at the  evidence.' 'Their minds are closed.' 'They have made a right old myth of things.' 'Everyone from Stanley Wells to ice cream salesmen in Stratford are involved in a disgraceful conspiracy of denial for pecuniary gain.' 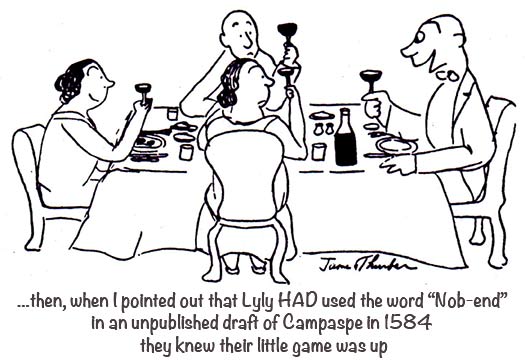 Projecting one's own shortcomings on to others is all very therapeutic, but the most rewarding thing about being an Oxcentric is probably the opportunity it presents to allow the inner exhibitionist to come charging from out of the closet. The pupil who felt too shy and confused to make contributions in the Shakespeare lessons becomes the adult who can hijack a dinner party and grab the limelight by casually dropping a few jaw-dropping choice nuggets from Ogburn or Whittemore.

And even greater thrills await for the Oxfordian. He or she can can attract world-wide attention (or so they believe) by going into on-line discussions and arguing with academics who have spent their carrers teaching, studying, researching and writing about Shakespeare and arrogantly telling them straight out that they need to read a few books and that they haven’t the faintest idea what they are talking about. I mean really, how cool is that?

'And thus the whirligig of time brings in his revenges’.