There's not very much demand for this device, it has to be admitted. In fact I can't see it making its reserve on ebay. The range of poetry on which it operates successfully just isn't big enough to make it useful.

It's perfect for the works of the Earl of Oxford, however.

Let's demonstrate on the first three lines of 'Were I a King".

Take the first three lines of his poem and remove their line breaks,

"Were I a king I might command content. Were I obscure unknown would be my cares and were I dead no thoughts should me torment,"

They are ploddingly prosaic, so just this simple manoeuvre gets us almost all the way there. If we now reverse his one concession to poetic language, and place subject before verb thus: "Were I obscure my cares would be unknown" Voila! The lines now have nothing to distinguish them from prose.

Sydney, in a parody of Oxford's original, mischievously corrects some of Oxford's shortcomings (the word 'thou' gives his game away - he's talking directly to Oxford and not in a nice way)

"Wert thou a King yet not command content,
Since empire none thy mind could yet suffice,"

Note how what takes Oxford nearly three lines, Sydney betters in just three words "since empire none". By omitting verbs and prepositions, Sydney creates a poetic phrase with a live connection back to the word 'King'. Sydney's linked expressions manage to suggest poverty, abandonment and isolation with just two parenthetic monosyllables around the word "empire". The technique of concatenating or juxtaposing thoughts and heightening them with predicated snippets of lyrical compression is entirely absent in Oxford's work. It's outside the range of his limited technical expertise.

Now let's have a look at how the champ does it in Henry VI ii, an early play whose moments of lyrical perfection inspired jealousy in more than one of his contemporaries. Will could even have spotted the poetic contretemps between Oxford and Sydney and may be giving the pair of them a lesson. 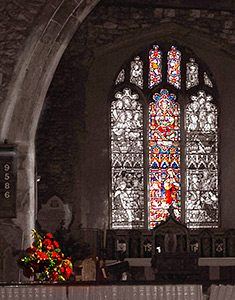 "Was ever king that joy'd an earthly throne.

'Was ever king' is a shockingly bad bit of grammar but when allied to Will's next exercise in lyrical compression, we can see that Will is bending grammar to his purpose. It produces a memorable line with a throbbing internal vitality, much stronger than Sydney's and, of course, as far from Oxford'a work as it is possible to travel whilst remaining within the spectrum of what can be called poetry.

Although "joy'd" looks like an abbreviation of "enjoy'd", Will has instead cunninlngly taken its root, the strong noun, "joy", and turned it into a transitive verb. The dexterity of the trick gives the two lines a shimmering beauty that is in a completely different class to the pedestrian Oxford and the sarcastically didactic Sydney. Having roomed with Huguenots, Will would been aware of the the the identical French construction and its orgasmic sexual connotations. It's yet another flourish increasing the density of Will's poetical payload.

It is essential to remind oneself that Will's two lines were not written for publication in an anthology of verse. They are simply two lines of dialogue intended to be spoken by an actor. They are written early in his career, in a play that is hardly ever performed. Yet just these two lines have a distinctive quality which explains exactly why analysis can fairly aim to discriminate between Will's work, especially his mature work, and that of any other dramatist of the time.

Mixing him up with Fletcher and Middleton is excusable. They are not far out of his average class on their good days. Work now being undertaken all over the academic communitry will soon have their contributions separated again.

Oxford, however, comes nowhere near. The overlap of interests of which Oxfordians try to make so much is actually so small that even they find it difficult to locate areas of linguistic comparison. Will may talk of falconry but there are more mentions of the poacher's underhand practice of 'liming'—trapping birds on boughs with sticky deposits. This explains why Oxfordians have spent so much more time on the quest for biographical similarities.

It's all wasted effort. The fact is that elementary practical criticism is enough to dismiss Oxford's claims.

Now I know what you're thinking. You can't dismiss a poet on the basis of three lines of his work. Yet there are people who have an even lower opinion of Oxford's work than my own. I'd probably draw more attention to them if they weren't so enviably funny. If you can find better work by Oxford, jump into the comments section with it. Meanwhile, here's Oxford in his sunniest mood.

I went abroad to take the air,
And in the meads I met a knight,
Clad in carnation colour fair;
I did salute this gentle wight:
Of him I did his name inquire,
He sighed and said it was Desire.