As this tale is a late romance, it begins with an earlier tragedy. In Purchas his Pilgrimes, a mariner called Jonas Poole recounts his seventh voyage to the Arctic.  On 30 May 1609, he writes:

“We slue 26 Seales, and espied three white
Bears; wee went aboord for Shot and Powder,
and coming to the Ice againe, we found
a shee-Beare and two young ones: Master
Thomas Welden shot and killed her; after
shee was slayne, wee got the young ones, and
brought them home into England, where
they are alive in Paris Garden.”

They were purchased in London by Henslowe and Alleyn, who had a royal warrant (issued on 20 March 1610/1611) to keep twowhite bears, a lion, and sundry other beasts.  Kept caged.  Not baited yet, it seems:  they were great rarities. 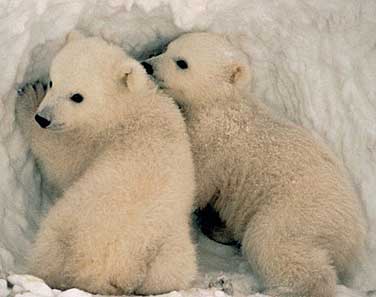 White bears!  From the unimaginable wastes of snow beyond Ultima Thule!  Sensation!

And bears—white bears—appeared in no less than three plays presented by the King’s Men in that year, in both the public theatres and at court.  Whether the bears appeared in propria persona (Ursua Minor—Himself) or were played by men in rugs or by tamer brown bears powdered over is a matter of argument.  It would seem foolhardy to bring real beasts into a masquing space with the royal family present; but both Teresa Grant and Barbara Ravelhofer have argued that cubs raised by hand, and still sexually immature in 1611—bears hit puberty at four or five, with a vengeance—might be exceptionally docile.

First came a revival of that twenty-year-old chestnut Mucedorus—the Romeo and Ethel the Pirate’s Daughter of its age:  comedy, love, and a bit with a bear.  No other Jacobethan play was so often reprinted:  there were 17 quartos.  Q3 (1610) proclaims:  A most pleasant comedy of Mucedorus the kings son of Valentia, and Amadine the kings daughter of Aragon with the merry conceits of Mouse : amplified with new additions, as it was acted before the Kings Majesty at Whitehall, on Shrove Sunday night by His Highness servants usually playing at the Globe.  Very delectable, and full of Conceited Mirth.

Earlier versions had already begun with a bang, but with a choice of monsters:

Enter Ate with thunder and lightning all in black, with a burning torch in one hand, and a bloody sword in the other hand, and presently let there come forth a Lion running after a Bear or any other beast; then come forth an Archer who must kill the Lion in a dumb show, and then depart.  Remain Ate.

Now some of 1610 additions punched up the bear.  (Alleyn could offer a lion as well.)

MOUSE.
O horrible, terrible!  Was ever poor Gentleman
so scared out of his seven Senses?  A Bear? nay,
sure it cannot be a Bear, but some Devil in a
Bear’s Doublet.

“Enter Segasto running and Amadine after him, being persued with a beare.”

MOUSE. Clubs, prongs, pitchforks, bills!  O help! a bear,a bear, a bear, a bear!
SEGASTO. Still bears, and nothing else but bears.  Tell me,sirrah, where she is.
O sir, she is run down the woods: I see her white head and her white belly.
SEGASTO. Thou talkest of wonders, to tell me of white bears.But, sirra, didst thou ever see any such?
MOUSE.No, faith, I never saw any such, but I remember my father’s words
he bade me take heed I was not caught with a white bear.
SEGASTO. A lamentable tale, no doubt.

Next, on New Year’s Day 1611 came Ben Jonson’s masque of Oberon, the Fairy Prince, spectacularly overproduced by Inigo Jones, with the latest in special effects:  lighting, perspective scenery, moveable sets.  A frivolous solemnity:  the costumes alone cost over £1000.  The whole point of the thing was the great reveal, “at the further end of all,” of the Prince of Wales as “OBERON, in a chariot, which, to a loud triumphant music, began to move forward, drawn by two white bears, and on either side guarded by three Sylvans, with one going in front.”  He was a living emblem of power, of hierarchy, of kingly control over unreasoning bloodlust.

Note the two white bears, when a chariot might easily be drawn by one.  Note also “guarded,” as if there were some danger from the prince’s steeds.  Was this careful fakery?  Or were the King’s Men playing with fire?  I wonder if they dared.

We don’t know if the very first performance of The Winter’s Tale came before or after Oberon.  (It would have to be no earlier than 1610, when George Buc became the Master of Revels:  he licensed it .)  But a Bankside showing on 11 May 1611 was noted down by Simon Forman the astrologer (he was much taken with Autolycus).  This too was played at court, on 5 November 1611; and again just before Valentine’s Day 1613, for the wedding of Princess Elizabeth, who would briefly rule Bohemia: its Winter Queen.

Everyone knows about that ursine cameo.

“Exit, pursued by a Beare.”

As in Mucedorus, the horror of wildness is filtered through a Clown’s report:

“And then for the land-service, to see how the beartore out his shoulder-bone; how he cried to me for helpand said his name was Antigonus, a nobleman. But to makean end of the ship, to see how the sea flap-dragonedit: but, first, how the poor souls roared, and thesea mocked them; and how the poor gentleman roaredand the bear mocked him, both roaring louder thanthe sea or weather.”

The notes for the Arden Winter’s Tale suggest that perhaps Shakespeare had seen this plate in de Veer’s Voyages of William Barents (first English edition 1609), of a seacoast with rapacious bears: 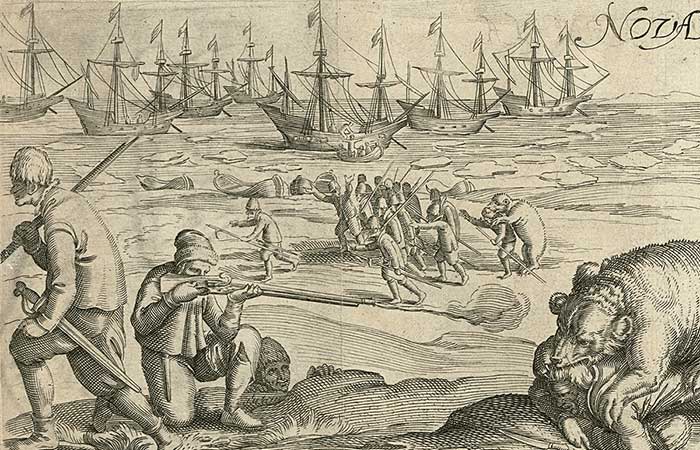 Also as in Mucedorus, The Winter’s Tale has a prince disguised as a shepherd.  And to cap all, Shakespeare pinched not only the bear motif, but Jonson’s antimasque, his satyrs.  There was in Oberon “an antick dance” for ten or twelve satyrs, “full of gesture and swift motion.”  In The Winter’s Tale, there is a dance of twelve Satyrs. “All men of hair, they call themselves Saltiers, and they have a dance which the wenches say is a gallimaufry of gambols, because they are not in’t. ... One three of them, by their own report, sir, hath danced before the king.”  So they had, on New Year’s Day.  There’s no real reason why there should be a dance of satyrs at a sheep-shearing.  (There was in Oberon:  the creatures are tamed by awe of the great Prince.)  But hey, the King’s Men knew the dance; they had the costumes and the music.  We still do—at least the sketches and the score.

Look at these guys!  They must have been show-stoppers. 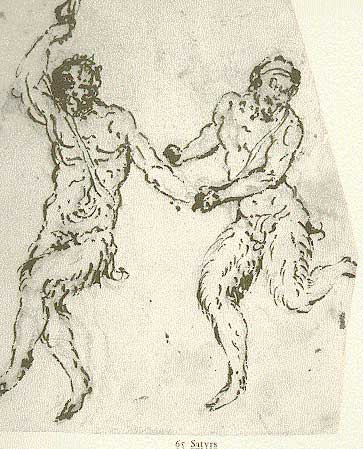 Imagine great Oxford doing anything so show-biz.  As many Oxfordians see him, he is so cognizant of his high destiny that he can hardly move:  costive with dignity.

As a practical man of the theatre, Will’s not above playing with the latest crazes.  Or the hoariest old chestnuts.  Like Autolycus, he is “a snapper-up of unconsidered trifles.”

What is striking here is the intermingling of high and low:  of the stink of the bearpits with the highest, most resplendent of court culture; of bubblegum like Mucedorus with the epiphanic Winter’s Tale.

The Jacobeans loved gallimaufries, hashes of sweet and savory.  They loved tragicomedies; and Shakespeare’s late romances played perfectly to them.  The plays are written with an indoor space in mind, for all the elements of masque:  still music, candlelight, astonishments.  The machinery of awe.  His language, all his own, has changed its music; has become (at the same time) freer and knottier.  Measurably so:  it has been plotted.  While deep enwoven in the fabric of his time, he is himself, and timeless.

As a coterie poet, Oxford was classbound, part of a monocosm.  As a mediocre poet, he was timebound, stranded on an Essex mud flat with the tide far out and still retreating.  The culture had changed, sailed on; he’d run aground.  From his mudbank he looked backward to the 1570s, to his golden youth, before he’d pissed it all away.  By the time of his unlamented death in 1604, who remembered that he’d once dabbled in poetry?

And by the Year of the Bears—long before—he was dead.

He could not have worked with Inigo Jones, the self-tutored son of a Welsh clothworker, who (having re-created himself in Italy) first came to court in 1605:  the maker of the age of masques.

And Robert Johnson wasn’t even born until 1583.  Not the blues man: but the lutanist who wrote the music for all three of Shakespeare’s great romances:  Ariel’s songs, and the satyrs’ dances, and “Hark, hark, the lark” for Cymbeline.  Indentured as a boy to Sir George Carey, that same Lord Chamberlain who was Shakespeare’s patron, he came to court at midsummer 1604—perhaps in the very week of Oxford’s death.  He worked for Shakespeare’s company from about 1607.  Yet another cross-hatch of dates and closely interwoven lives.

Those Oxfordians—let’s call them Stitchpicker and Mouse—trying to unravel The Tempest from the Blackfriars age must untangle it from Cymbeline, from The Winter’s Tale (bear-anchored), from Two Noble Kinsmen and Pericles (co-authored); or try to rip out the whole patch of late plays and Frankenstitch them onto Oxford’s work, where they look alien indeed:  iridescent, black and bright at once, against his drab.

Reality has teeth.  Truth has claws.