Anyone who worked in the electronics industry in the 1980's will remember the early days of reverse engineering. Computer equipment designed in high tech facilities in Silicon Valley, Glen or Fen would be painstakingly analysed and disassembled, its code rebuilt into copies somewhere in the Far East or South America. The problem for the reverse engineers was that there is a missing step in the path they seek to tread. The code written by the designers is written in high level languages, then compiled and stripped down to machine code. Without the original code, the compiled version cannot easily be understood. Working out which bits of code do what is a laborious process of recovering the original design. By looking at what they can see and testing what it does, reverse engineers eventullay recreate the original desig. And eventually, new counterfeit machines are the result. All manner of fake consumer electronic products then turn up in the product's home markets. Chasing the counterfeiters was hopeless. Sorting out the problem took years.

The building of the First Folio was a forward engineering process. The plays had all been performed, their parts learned by actors. Publishing them involved collecting bits written down, bits recreated from memory, some edited by the author before publication, some legitimate copies, some, like Jaggard's counterfeit versions of 1619 quite definitely not. Some were built from prompt copies with their accurate exits and entrances, some from shorthand copies, with lists of characters at the start of a scene. Things that were clearly missing could be replaced or sought in other contemporary versions. A missing speech recovered here, a stage direction added there. Painstaking work carried out over the course of many years.

What Hemmings and Condell did to produce the text of the First Folio, modern editors and scholars have reverse engineered. They too, without nay of the original material from which it was produced, have struggled with  vital missing processes.  Like the reverse engineers, they look at what they have and try and recreate what the origianl editors had by following their footsteps, recreating each editorial decision, examining their methods, improving where possible. By getting back to their sources, mostly now lost, accurate modern editions have been created. 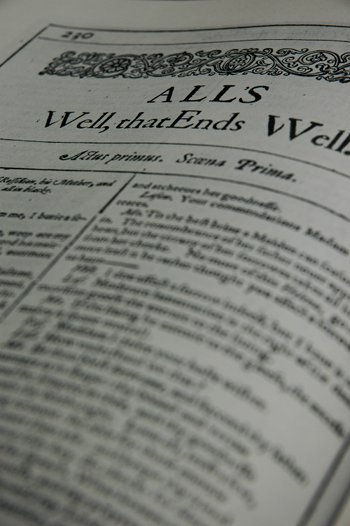 This kind of work brings the student as close to Will as possible at this distance. You see his slip ups, his spelling idiosyncrasies and writing quirks. You can tell when things have been compiled from different playhouse remnants, when actor's memories have been employed to recall their parts. You can see where the compilers are dealing with a fair copy and when they are struggling with foul papers that might or might not have been the original bits of Shakespeare manuscript.

This is a major source of grief to Oxfordians and the proposers of many alternative candidates. What you can not see anywhere in this process is any relationship to an Earl, writing at a distance, either geographically or chronologically.

In addressing the issue, Oxfordians try for a twofer. Something that will help them with the chronology and bolster the idea that the Earl could create the work without working in the theatre.

“One of the greatest obstacles to the acceptance of our theory of the authorship of Shakespeare’s plays will be a certain established conception of the mode in which they were produced and issued; a conception which arose of necessity out of the old theory … [and] demands a difficult revolution in mental attitude.”  Thomas Looney

A revolution is needed because Looney wants us to suspend belief and fly in the face of history, common sense and long years of scholarship.

[We need to] “look at the facts that have been established respecting the issuing of the plays in the light of the quality and content of the work” [and] “determine whether the work is suggestive of a hasty enforced production amid a multiplicity of other activities, or of painstaking concentration of mind on the part of a writer relieved from material and other anxieties.… Everything points to “Shakespeare” being given to storing, elaborating, and steadily perfecting his productions before issuing them, when his mind was bent on producing something worthy of his powers.  Love’s Labour’s Lost, which is placed somewhere between 1590 and 1592, was not issued in its final form until 1598, and every line of it bears marks of most careful and exacting revision. Hamlet, too, there is evidence, underwent similar treatment." Thomas Looney

This is rubbish, of course. 24 carat nonsense. Like so much of Looney's subjective commentary on the work.

Love's Labour's Lost shows no such signs of bearing out the publisher's boast on the frontispiece. Seeing revisions in every line is like seeing fairies sprinkling the author with pixie dust to inspire him. Nor does Hamlet show the signs of continual polishing. Shakespeare never blotted a line according to Jonson but the mess he left Hamlet in has caused modern editors so much trouble that the Arden edition  has endured almost 100 years of reverse engineering in its preparation and is still absolutely full of speculation about what Will's version might have been like in performance.

Nor is this just an Elizabethan problem. In its 1970's heyday, the trailblazing Liverpool Everyman could turn out a single cast that included Antony Sher, Jonathan Pryce, Bill Nighy, Pete Postlethwaite, Trevor Eve, Bernard Hill, Alison Steadman and Julie Walters, performing new work written by Alan Bleasdale or Willie Russell or even both working together. Their version of The Canterbury Tales made people sick with laughter. Yet there is no trace of it now, nor the means to reconstruct it. The writers and actors (with one very sad exception) are all alive, still working and much, much more famous. But The Canterbury Tales is another lost play. No script was available when I went hunting for one 25 years later. Like Love's Labours Won and hundreds of others, it entirely escaped the attentions of the small number of far-seeing people who record performance art for posterity.

Even if the Earl was a playwriter for the court (and there is no real evidence that he was) he was never a playwright.  Oxford published poetry, so it is almost certain that he tried his hand at writing comedies and interludes. Meres may not have been exaggerating when he complimented  Oxford in Palladis Tamia. Nothing survives, however, nor is there any reference to any Oxfordian plays.

The reverse engineering process has shown, unequivocally, that Will's work was crafted for the stage by a playwright working for the professional theatre, not the Royal Court and the work was written for performance, not for publication. 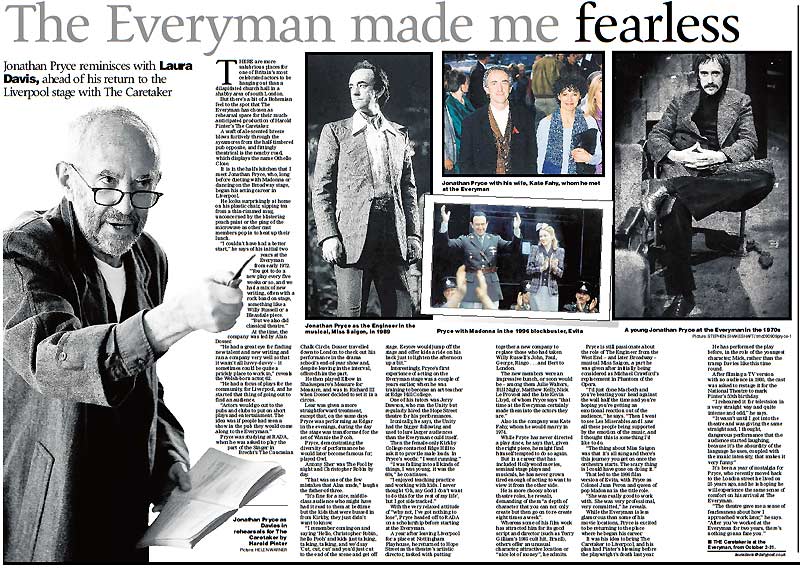