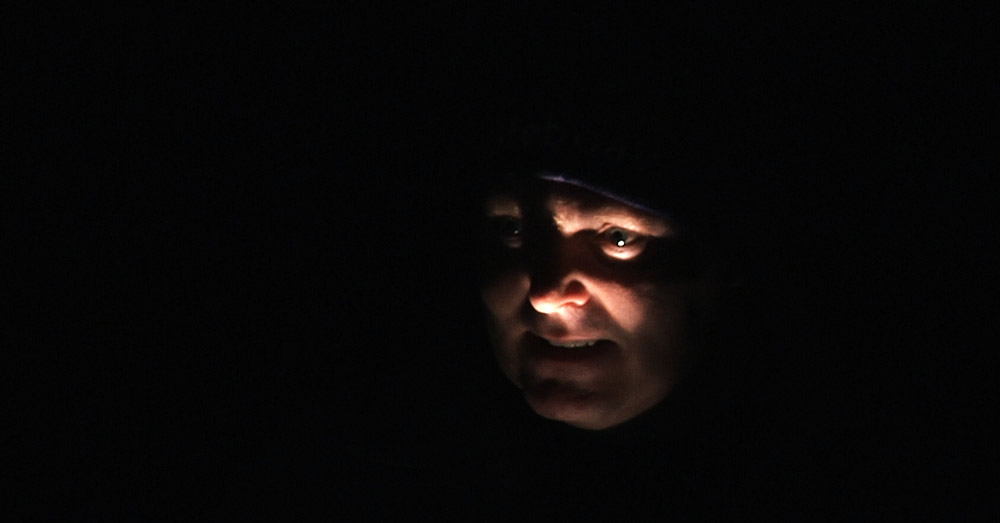 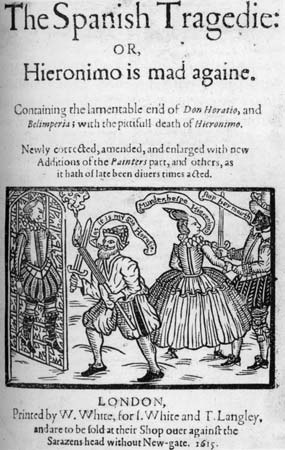 When new scholarship activity nears the Shakespearean quayside, the leaky Oxfordian tugboats mass together and bleakly chug out into the tide making as much smoke as they can. A recent article in The Guardian on Florio and his possible editing of the First Folio threatened the Oxfordian fiction that the plays were in the care of William Herbert until they were published. Maximum smoke! Another, in the New York Times, on the similarities between Hand D and additions to Kyd's The Spanish Tragedy triggered yet more frantic smoke generation. Shakespeareans don't insist (yet!)* that the fragment of a lost play, Sir Thomas More, is an original sample of Will's handwriting, but it is absolutely crucial that Oxfordians are able to maintain that it is not.

Here's politicworm, the source of all Oxfordian orthodoxy, laying down the Oxfordian law on the subject of The Spanish Tragedy and its additions.

In fact, although it’s clear that Ben Jonson, not Shakespeare, made those additions to the play in 1602, the play itself was not only NOT WRITTEN by Thomas Kyd, it was surely written by Shakespeare, that is, by the man who used the name Shakespeare, and who then went on to write Hamlet and Romeo and Juliet, and so forth  . . . By the time the twenty-something Heywood began working for the Lord Admiral’s Men in the mid-90s, Kyd was dead, destroyed by the same government sting that rid the Crown of Christopher Marlowe.  Attributing works of literature to the dead was a standard means of getting questionable works into print.
For those who have steeped themselves in the master’s language and how it grew from early (Titus Andronicus) to late (King Lear), there can be no doubt that The Spanish Tragedy was one of Shakespeare’s early plays, one that is, or should be, tremendously valuable to scholars since it was never rewritten as were most of his other plays from the 1580s.  A number of reputable analysts have noted the many similarities that place it close to Hamlet, probably just preceding it.  The only reason that Academia refuses to admit this is that it’s too early for the Stratford biography.

This is all fiction.

It was Kyd himself who implicated Marlowe in his own guilt over heretical documents so Kit wasn't part of the same "sting operation" and there's no proof that Marlowe died in anything other than a pub brawl. Attributing anonymous works to real authors may get them in to print but if done knowingly and without justification it's fraud and always has been. Kyd's Spanish Tragedy had gone through dozens of printed editions before it was attributed to him. It isn't clear who made the additions, though it is clear that Ben was paid. There isn't the smallest chance that Will and Kyd could have been the same dramatist. The version of Hamlet the Oxfordian author is referring to, slyly, is not the one in the First Folio and precisely none of Will's plays show any sign of being related to earlier works by the same hand. Lear is not a late play. The number of “reputable analysts” referred to is tiny and they are all committed Oxfordians. The similarities to Hamlet lie in the very additions which are now tentatively being attributed to Will. There are no reputable analysts who think the two plays are alike enough to have shared a common author. Nor are Shakespeareans dogmatic about when Will started work. Smoke, in other words. Nonsense, in fact.

The only people trying to attribute The Spanish Tragedy to Shakespeare are Oxfordians, The only reason they do this is because in the same hints dropped by Thomas Nashe which are the root of the play's attribution to Kyd, Nashe also hints that Kyd may have written the mysterious ur-Hamlet—an earlier version of Shakepseare's most famous tragedy. "La!" they say. "Look, earlier versions obviously by the Lord Oxford, supporting our cause that everything was written 20 years earlier than claimed".

These claimants certainly cannot be numbered among those "those who have steeped themselves in the master’s language". Kyd and the early Shakespeare can usually be distinguished without much assistance from technology and both are a big improvement on Oxford's attempts at pentameter. The table below shows examples from early Shakespeare, Marlowe, Kyd and Oxford.

Without resource to a stylometer, see if you can tell them apart. Drag your cursor in the grey cell below each piece to check your answer.

If it strikes you as an easy task, ask yourself why no Oxfordian can perform it.**

Shakespeare, Kyd, Marlowe and Oxford. Who's who?

Was that so hard?

*There are more than a few handy hints, however, that Hand D might WELL turn out to be from the quill of Will. We'll be coming to those shortly.

**The answer to that, of course, is that they are kidding themsleves.